(Newport, OR) – Tired of the same milk and cookies every single year, Santa Claus dialed up his bearded brother, Rogue Brewmaster John Maier, and asked for something new. John invited Santa and his elves to Rogue’s brewery, where they crafted a brand new beer, a Belgian Strong Ale made with cherries, raspberries, Belgian Candi sugar, and Imperial Gnome yeast.

READ: 10 ESSENTIAL HOLIDAY BEERS TO STOCK UP ON

“I love what John and I came up with,” said Santa. “The Candi sugar enhances the sweet and tart characteristics of the raspberries and cherries, and the beer takes a little bit from both sides of the list: it will put a little color on your cheeks, but finishes on the sweet side.” 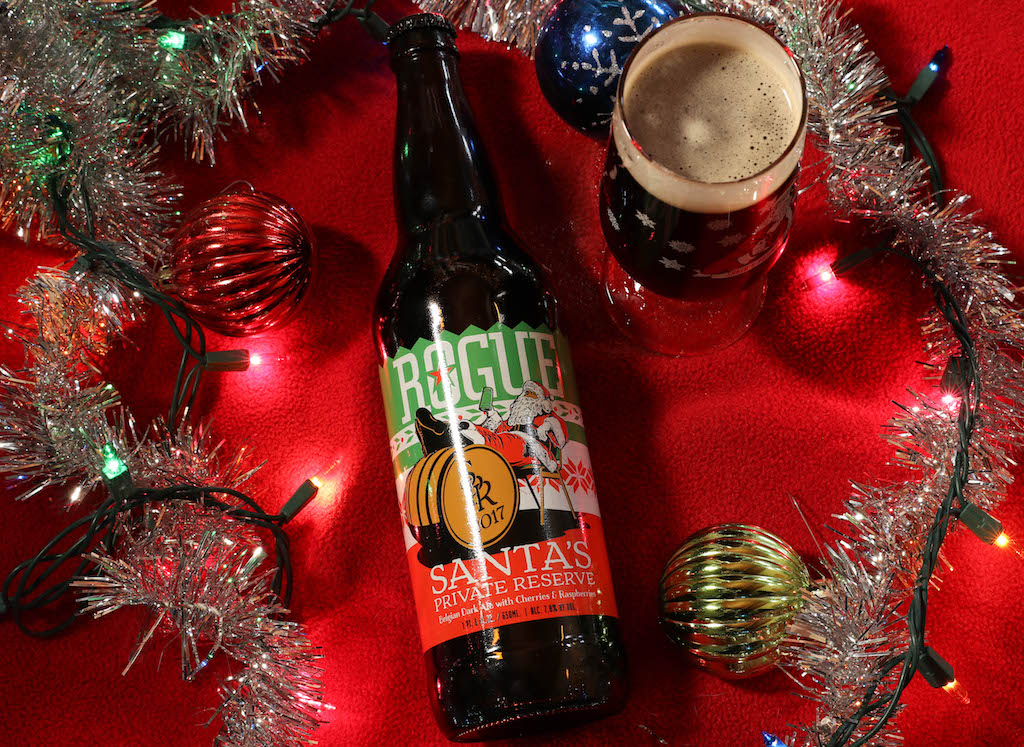 Available nationally in 22 ounce bottles and on draft, the 2017 vintage of Santa’s Private Reserve is guaranteed to bring holiday cheer. Find Santa’s using the Rogue Beer Finder, and learn more at Rogue.com.

Rogue Ales & Spirits is an agri-fermenter founded in Oregon in 1988 as one of America’s first microbreweries. Rogue has won more than 1,800 awards for taste, quality and packaging and is available in all 50 states as well as 54 countries. Since 2008, Rogue has remained committed to saving the terroir of Oregon hops, barley, rye, marionberries, honey, cucumbers, and pumpkins one acre at a time by growing its own.