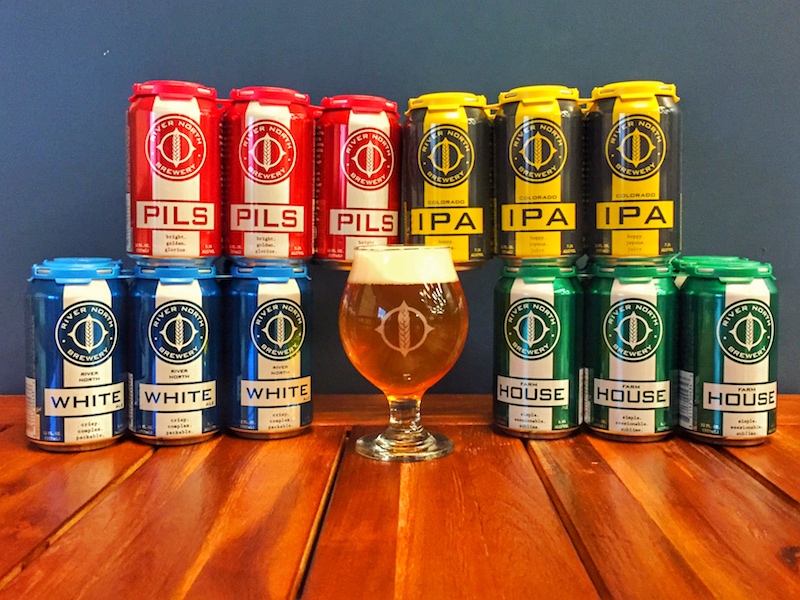 Cans of both new beers hit store shelves throughout the state this week, and will be available year-round going forward. The brewery encourages all fans to submit their pictures of cans in the wild by tagging @rivernorthbrew and using the hashtag #AdventureFuel!

Colorado IPA is a classic American hop-bomb brewed with mountains of Citra, Amarillo, Azacca, Columbus and Cascade hops. Inspired by IPAs from both coasts, Colorado IPA strikes the perfect balance of bitter and floral hop character.

“We spent six months perfecting this beer,” Founder Matt Hess said. “The hop blend captures exactly what I want in an IPA. This will be my go-to trail beer this summer, but until then, we have a month or two of good snow left to enjoy it on the slopes.”

The second new can, Pils, is a Rocky Mountain lager for all four seasons – fermented low and slow, the way it should be. While it takes more time to brew a proper Pilsner, that’s exactly what sets this beer apart.

“Inspired by a delightful afternoon at Kloster Andechs outside of Munich, I’ve been wanting to brew something like this for a while,” Lead Brewer Derek Goodman said. “As a bit of a traditionalist, this is the beer I pride myself on.”

Both new beers were canned last week, and have already starting delivering to stores, ensuring maximum freshness. In May, River North will also debut a mixed 12-pack of all four cans, providing the perfect variety for gatherings at home or in the great outdoors.

Since 2012, River North Brewery has crafted #AdventureFuel for Colorado beer fanatics, with a full lineup of crushable cans and cellar-worthy bottles. Brewing in Denver, River North was named the 2015 Brewery of the Year in the Best of Craft Beer Awards. Like the brewery at facebook.com/rivernorthbrew or follow/tag @rivernorthbrew.