(Orange County, CA) – Tuesdays come every week, Black Tuesday comes once a year. On October 30th at 10 a.m. PST, the Bruery will release limited amounts of Black Tuesday for the public to purchase. You can get more details and sign up to be the first to know by visiting  www.TheBruery.com/BlackTuesday 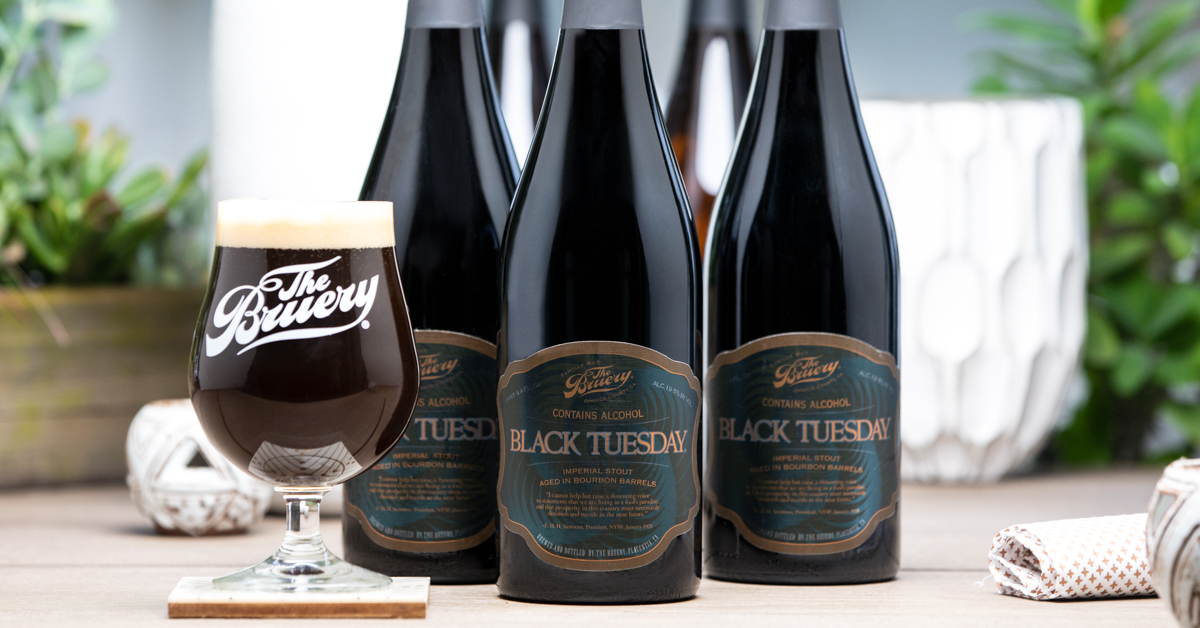 Black Tuesday is the Bourbon barrel-aged imperial stout that started them all. Affectionately known as the “The Beer from Hell,” due to the miserable 16-hour brew-day that founder Patrick Rue endured. This year’s vintage is yet again a monster of an imperial stout, laced with notes of vanilla, caramel, dark chocolate and singed oak. Bourbon, chocolate, and roasty notes on the nose roll together seamlessly to create a decadent, sophisticated fusion that’s fit to claim its own day of the week. Bruery Production Supervisor Stefan Weber notes that, “While we always stay true to the original Black Tuesday recipe, this year’s batch is noticeably darker and smoother thanks to a darker roasted malt bill and careful bourbon barrel aging, ranging anywhere from 13-16 months.”

Those fortunate enough to get their hands on some of this limited-edition beer are in luck. The Bruery has made it easier than ever to pick up your bottles with an East Coast option at their newly opened D.C. Store. Pick-up is also available in Orange County, CA with shipping available throughout California. See the full release details and learn more about this rare beer at www.TheBruery.com/BlackTuesday

The Bruery is a boutique craft brewery located in Orange County, CA that specializes in experimental and barrel-aged beers.  Founded in 2008 by Patrick Rue, The Bruery produces over 50 different beers annually, with 15 seeing national distribution throughout their 24-state network of distributors.  The Bruery also runs several beer clubs including The Preservation SocietySM, The Reserve SocietySM, and The Hoarders SocietySM.