(STEVENS POINT, WI) – It’s not quite summer yet, but if you have a passion for summer beers, you’re in luck: Point Nude Beach Summer Wheat Ale, now brewed with passion fruit, is now available through the end of the summer wherever Point beers are sold. 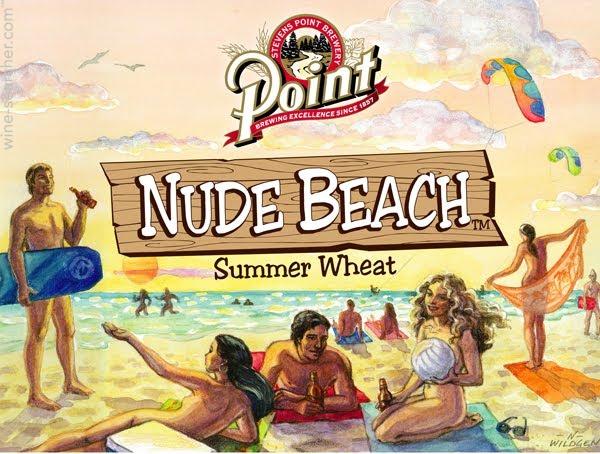 Passion fruit, a climbing vine with small, round fruits that thrives in the Caribbean and South America, is a true flavor point-of-difference for the Nude Beach Summer Wheat, according to Hopkins. “The passion fruit lends a crisp but very refreshing, tart character to the beer that is especially noticeable on the back end,” he said. “The fresh tartness of the passion fruit pairs well with the natural fruity tones of an unfiltered wheat beer.”

As Point Nude Beach Summer Wheat Ale’s popularity grew so did its trophy case, which now includes twelve medals. In 2013 it earned gold as the best beer in the American Wheat category in the annual United States Open Beer Championships. Nude Beach also won a gold medal in 2009 at the annual North American Beer Awards, sponsored by the North American Brewers Association, and silver medals in the 2008, 2010, 2011 and 2012 World Beer Championships, sponsored by the Chicago-based Beverage Testing Institute.

Stevens Point Brewery, founded in 1857, uses only the highest-grade barley malts, specialty malts, grains and the choicest hops to brew its handcrafted beers, including flagship Point Special Lager, which won the gold medal in the American Premium Lager category at the 2003 Great American Beer Festival.

For more information about the Stevens Point Brewery, please visit pointbeer.com or call 1-800-369-4911. Tours of the brewery are available; schedules are listed on the website.