(Black Mountain, NC) – Pisgah Brewing Company is set to release its latest beer in their sour series, Pisgah Rouge – an Old Bruin Sour Brown Ale finished with Cherries- on Friday, August 28th at 6pm. Pisgah channeled the spirit of the Flemish brewers in this beer, aging it for many months in oak barrels with a secondary fermentation then blended with cherries and then a third fermentation took place back in stainless steel tanks. This beauty of a sour ale comes in at a respectable 8% ABV with a rich, deep red color. 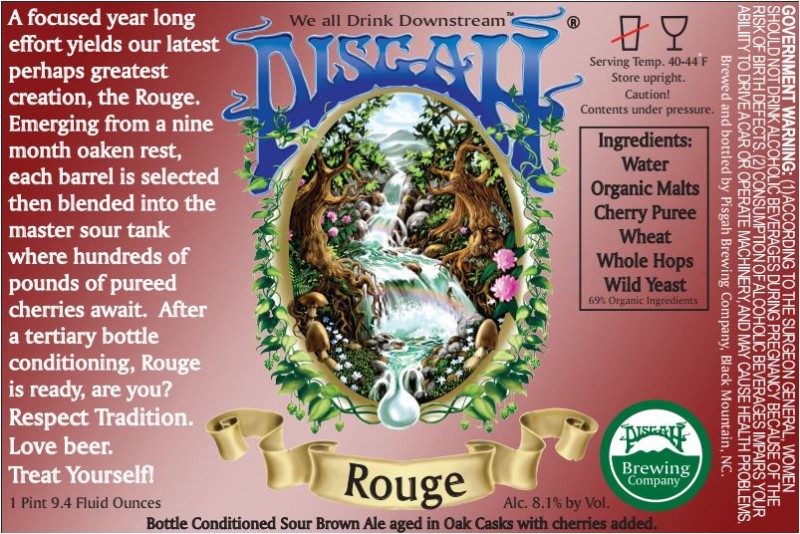 Pisgah’s previous small batch sours included Metanoia and P.O.A.P. (Pisgah Oak Aged Pale), each batch producing only a handful of kegs and roughly 70 cases of bottles for public sale. The brewery plans to release bottle conditioned Pisgah Rouge in 750ml glass bottles in the taproom at Pisgah Brewing on Friday, August 28th at 6pm, and food will be available on-site from local food truck Tin Can Pizzeria. Limited cases will be available in participating bottle shops in WNC and no bottle limit has been set for the taproom release.