(Comstock Park, MI) – No Rules Day is a Perrin Brewing Company tradition typically held at the Perrin Pub; however, this year, due to COVID-19, Perrin will transition to an online ordering and pick up format for the release of No Rules Vietnamese Imperial Porter 2020. Online ordering of the esteemed beer will be offered for one day only, to take place on April 4 from 11 a.m. to 4 p.m. Leading up to the online ordering window, Perrin will go live on Instagram and Facebook to chat about the beer. Join Perrin’s brewers on social media on April 3 at 5 p.m. EDT for this behind-the-scenes look at No Rules. 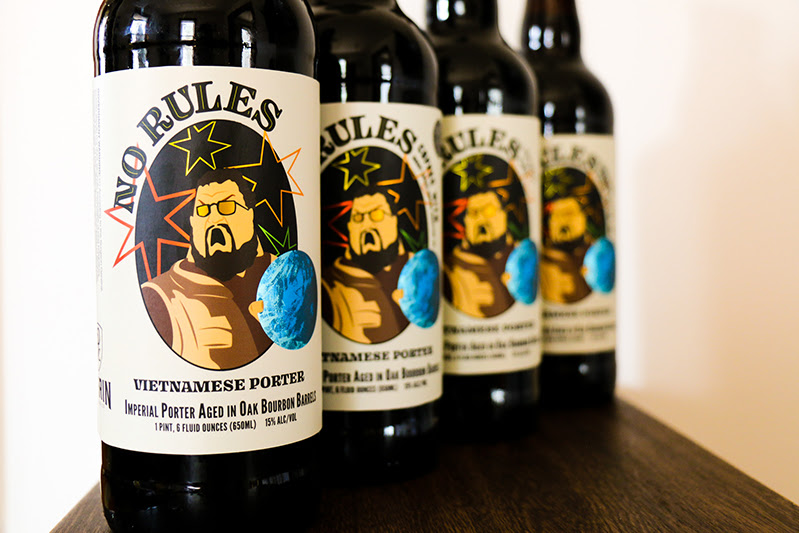 Placing an order during the Virtual No Rules Day ordering window is the only way to get your hands on No Rules Vietnamese Porter 2020. The rare, once-a-year release is brewed with coconut, cinnamon and turbinado sugar, then laid down and aged in bourbon barrels for several months. The result is a gigantic, 15% ABV brew that’s deceptively smooth and subtly sweet. Over the years, No Rules has earned a stack of accolades, including a RateBeer ranking in the World’s Top 10 Imperial Baltic Porters of 2016, and the World’s Top New Beer Release of 2015. In 2018, it was deemed one of the Top 5 CANarchy Beers to Drink by Forbes Magazine.

In addition to No Rules 2020, Perrin will offer other exclusive items online. Here is the full list of offerings:

The online order form will be accessible on April 4 here. Bottles of No Rules 2020, vintage variants of No Rules and other exclusive offerings will be available on a virtual “first come, first served” basis to Pub Club members and the general public. Payment will be made online and followed by a confirmation email, then orders will be made available for pick-up from the Perrin Pub April 20 – May 1 between the hours of 11 a.m. and 8 p.m. Please note: orders will not be shipped. Virtual guests who place large orders will be contacted to coordinate a pick-up date and time. The Perrin Pub Club package discount applies. Pub Club members must present their Membership Card and valid I.D. when picking up their online order. The Pub Club member must be there in person. Spouses, friends or family are not allowed to pick up on behalf of the Pub Club member.

Perrin Brewing is pleased to continue the tradition of No Rules Day, a beloved yearly event since 2015, by inviting craft beer lovers to reserve No Rules Vietnamese Imperial Porter online for one day only on April 4. Please direct questions to Lindsey VanDenBoom at [email protected]