(Comstock Park, MI) –  The newest release in Perrin Brewing Company’s Side Hustle Series, Kveik’n It Real Nordic IPA, is hustling onto the scene May 23. The new brew will appear at the Perrin Pub on draft and in 6-packs of 12oz cans, followed by distribution throughout the state of Michigan. 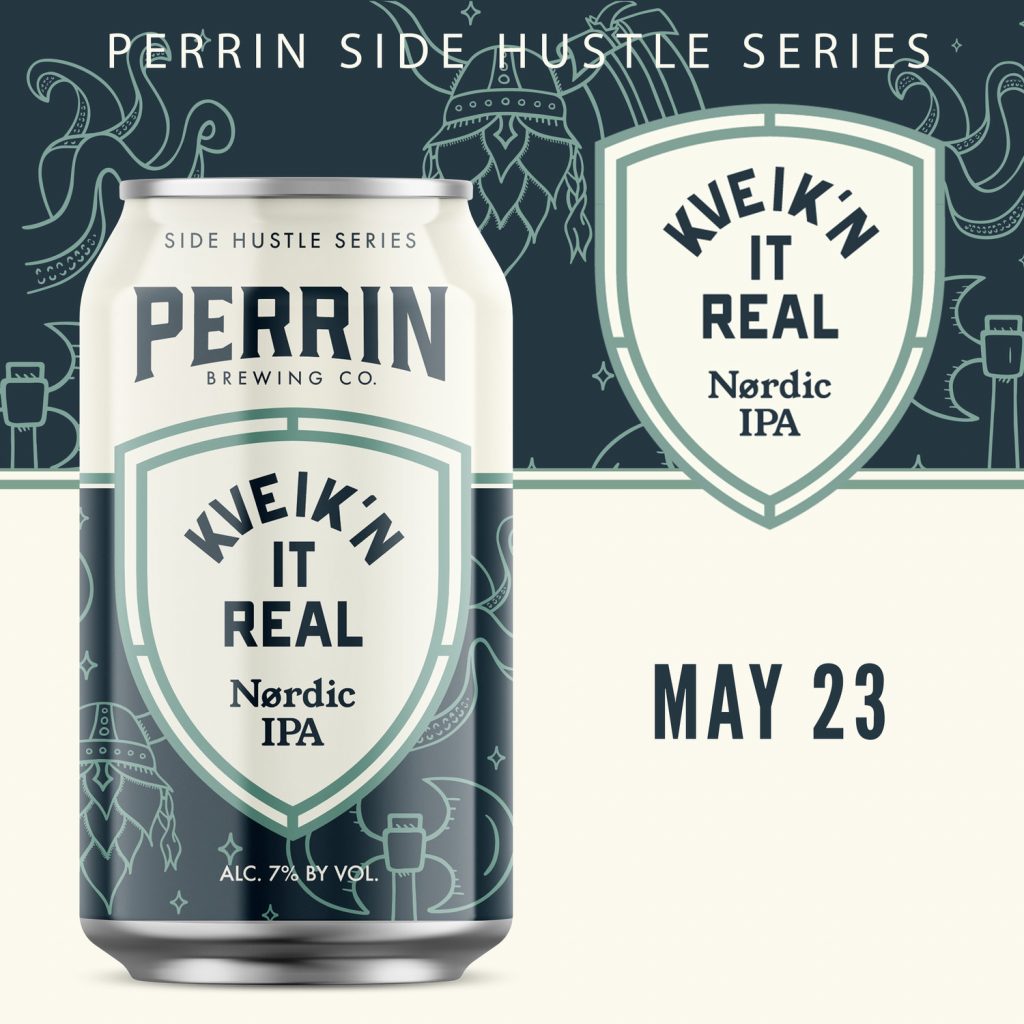 Kveik’n It Real Nordic IPA follows the release of Harden the Hop Up DIPA in the Side Hustle Series. Harden the Hop Up (8.5% ABV) is a citrus-forward DIPA showcasing hop varietals from New Zealand and Australia.

Grab a Kveik’n It Real Nordic IPA and toast your friends with a hearty “skål!” Stay updated with Side Hustle Series release details on the Facebook page here and direct questions to Lindsey VanDenBoom at [email protected]