(Comstock Park, MI)  –  On Saturday, April 27, Perrin Brewing Company will release award-winning No Rules Vietnamese Imperial Porter at the Perrin Pub in Comstock Park, kicking off the much-anticipated release with a No Rules Day Party. 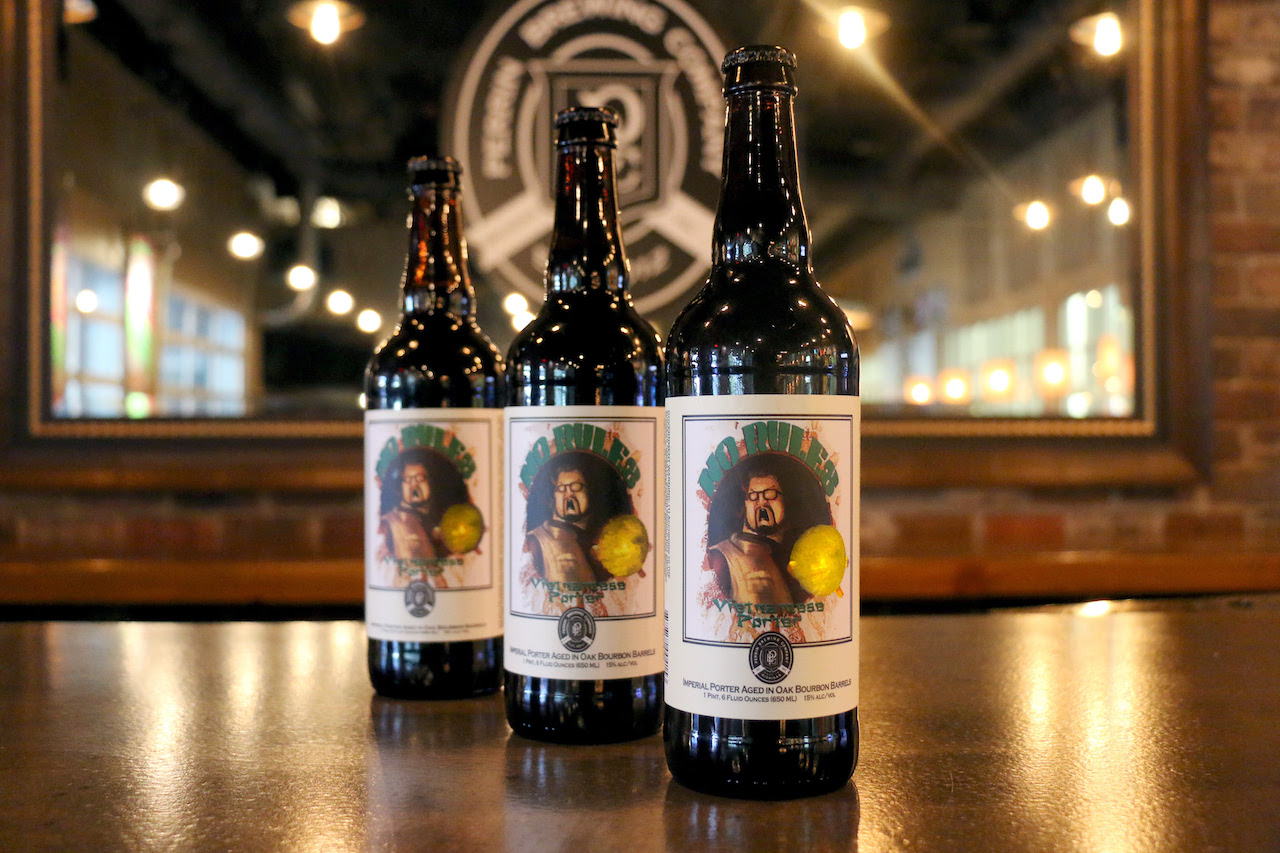 The Perrin Pub is the only place to find No Rules Vietnamese Imperial Porter bottles. A brewery-only release will allow fans to get their hands on it straight from the source; plus, lovers of No Rules are invited for an afternoon of festivities at the No Rules Day Celebration. The party and bottle release will begin at 11am on Saturday, April 27. Fans can simply grab bottles to go, or hang out at the brewery for an outdoor celebration with live music, specialty beer on tap, games and food until 4pm.

No Rules will be released in 22oz “Yellow Bowling Ball” bottles and on draft both inside the pub and at the outdoor celebration. The price per bottle is $16.99 (plus tax & deposit) for No Rules 2019. Bottles will be sold on a “first come, first served” basis with no limits on how many bottles a given individual can purchase. The Perrin Pub Club package discount applies.

A Lotta What-Have-Yous About No Rules Imperial Vietnamese Porter:

RateBeer ranked No Rules in the top 10 in the world for Imperial Baltic Porters of 2016, and the World’s Top New Beer Release of 2015. Online ratings of No Rules show a score of 100 for Style and 100 for the Overall category; resulting in a perfect RateBeer score.

Draft Magazine deemed No Rules their #1 beer for Winter sipping.

Forbes Magazine ranked No Rules one of the Top 5 CANarchy Beers to Drink in 2018.

No Rules, a 15% Vietnamese Imperial Porter, is brewed with coconut, cinnamon and turbinado sugar, then laid down and aged in bourbon barrels.