(Comstock Park, MI) – Perrin Brewing Company announces the release of Low Rise IPA, a crisp, easy-drinking brew with fewer calories than the typical IPA. Low Rise IPA will be available year-round on draft and in 6-packs of 12 oz. cans at the Perrin Pub starting March 12, with Michigan-wide distribution to follow. 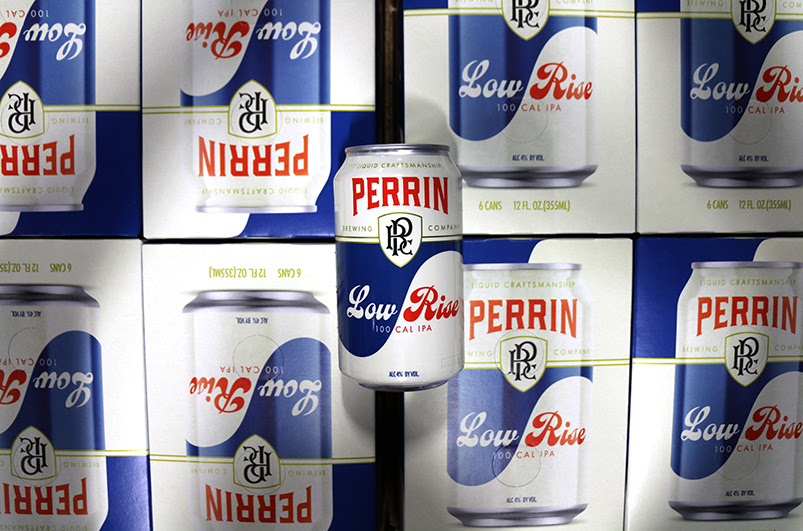 Low Rise IPA is boldly hop-forward and brightly aromatic thanks to a generous amount of piney Sultana hops and citrusy, tropical Citra hops. At only 100 calories and 2g carbs per 12 oz. serving, it’s the perfect fit for those seeking a low-calorie adult beverage with full flavor.

“Perrin Low Rise, lo-cal IPA is a great addition to the core year-round line up! It’s a delicate balance between a light bodied IPA and a full hop profile,” said Lindsey VanDenBoom, Marketing Director at Perrin Brewing. “People have the opportunity to keep their calorie intake light while not compromising the taste of a fresh, hoppy IPA. With only 100 calories and 4% ABV, this is a beer to keep stocked in the fridge on a daily basis.”

Try it on for size at the Perrin Pub starting March 12, or find Low Rise IPA at a Michigan craft beer seller starting beginning of April. Please direct questions to Lindsey VanDenBoom at [email protected]
About Perrin Brewing Company