(Pacific City, OR)—Pelican Brewing Company was awarded a silver medal at the 2018 Great American Beer Festival(GABF) competition for its English-style IPA, Silverspot. Presented by the Brewers Association, GABF is the largest commercial beer competition in the world and recognizes the most outstanding beers produced in the United States. The top three winners in the competition’s 102 beer-style categories were just announced at the Great American Beer Festival awards ceremony held at the Colorado Convention Center in Denver, Colorado. 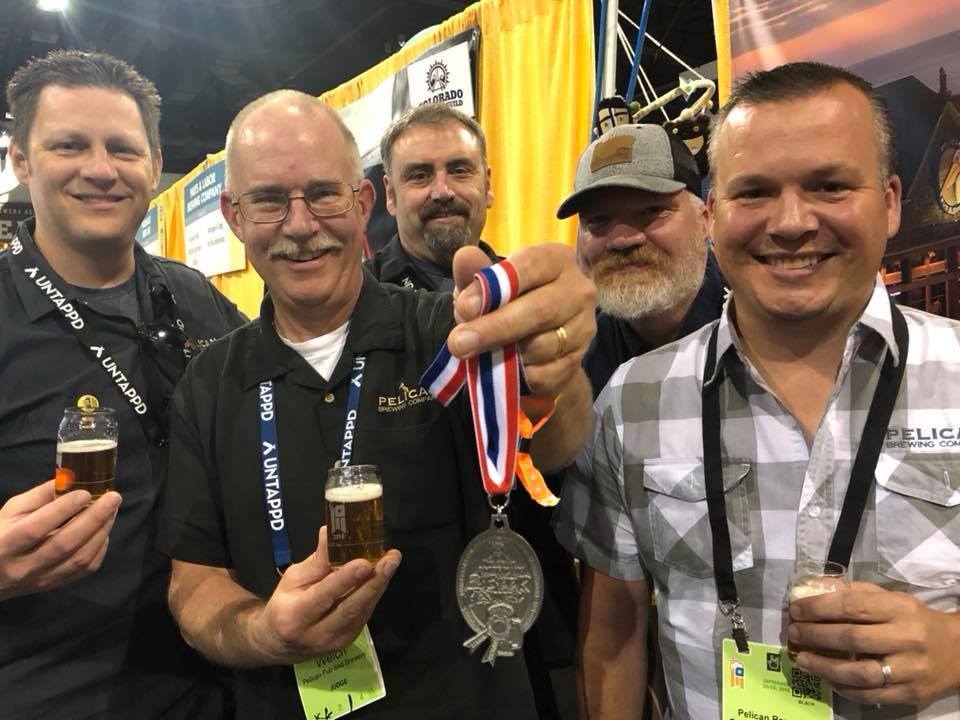 Welch continues to be one of the most decorated brewers in the Pacific Northwest, earning well over 450 medals including several Gold Medals this year alone at the World Beer Cup, Australian International Beer Awards and North American Beer Awards.

The Professional Judge Panel awards gold, silver or bronze medals that are recognized around the world as symbols of brewing excellence. These awards are among the most coveted in the industry.