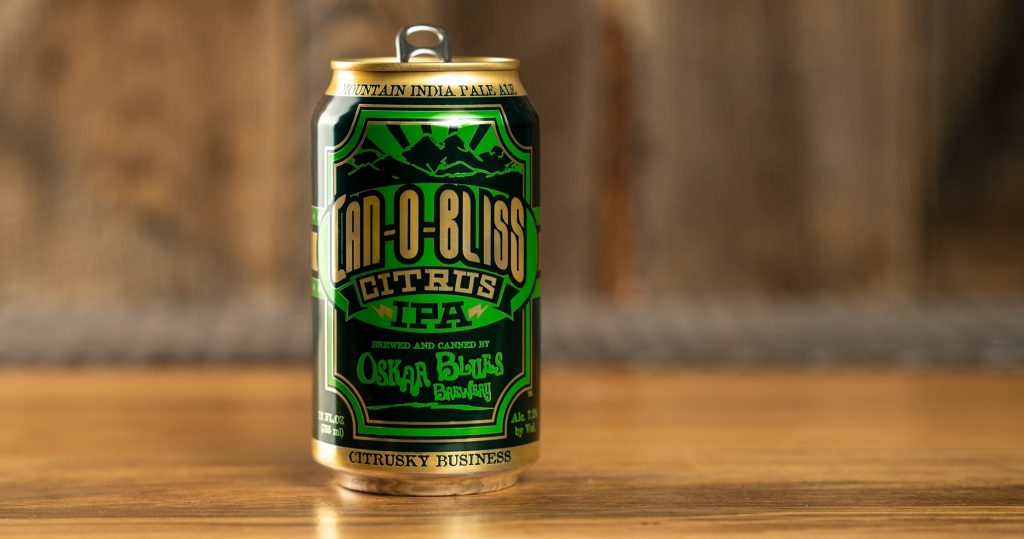 Can-O-Bliss Citrus IPA (7.2% ABV) unites an international blend of hops including Motueka, Amarillo, Mandarina Bavaria, Citra, Azacca and Experimental Hop 06277. This juicy hop lineup expresses an exotic array of subtle citrus fruit flavors like kaffir lime, bergamot, tangerine and yuzu alongside more typical notes of grapefruit and orange. All citrus fruit flavors are a result of the hop profile, rather than the addition of fruit or fruit flavoring.

“This series seeks out unique hop combinations constructed with hops that we travel the world to hand select,” said Oskar Blues Head of Brewing Operations Tim Matthews. “Everything in Can-O-Bliss Citrus is driven by the hops. The plentiful addition makes the mouthfeel silky and well-rounded. Nuanced citrus flavors are expressed throughout, and the beer finishes with a saturation of hop flavors and effervescent bitterness that stacks each sip on previous sip.”

Can-O-Bliss Citrus IPA concludes the rotational Can-O-Bliss IPA series for 2019, having followed Can-O-Bliss Hazy IPA, which was released in May 2019, and Can-O-Bliss Tropical IPA, which debuted in late 2018. The series focuses on highlighting new and experimental hops and unusual hop combinations.