(Longmont, CO, Brevard, NC & Austin, TX) – It’s said that the devil is in the details and Oskar Blues Brewery‘s 2017 Deviant Dale’s Imperial IPA is no different. Oskar Blues has limited this beer to a three month seasonal offering, January through March, to take advantage of a small quantity of meticulously hand-selected hops. The beer is brewed immediately upon hop delivery to provide the optimal flavor the beer demands. 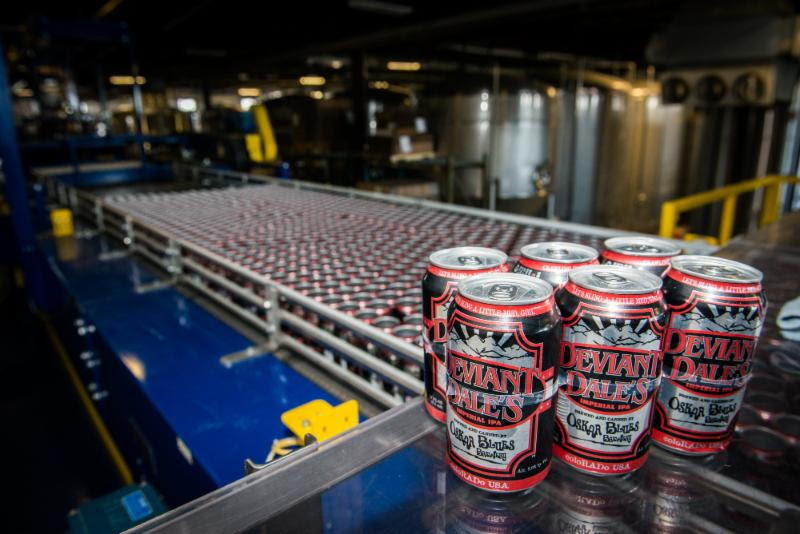 Deviant is a mix of Centennial and dry-hopped Columbus. The focus here is the freshness of these bad boys. We get ’em fresh. You drink ’em fresh.

“Elevated levels of malt and hops, with heaps of Columbus dry-hopping make Deviant Dales IPA a robust dark amber hoppy treat,” said Head of Brewing Operations, Tim Matthews. “Candy caramel, strawberry, citrus, and that signature dankness get twisted together in aroma and flavor. Challenging and assertive bitterness, with tons of malt backbone make this one a classic.”

The Oskar Blues Breweries in Longmont, Brevard, and now Austin will host a trio of release events in late December and early January. This will be the first time each facility will brew batches and release the same beer together.

Deviant Dale’s has won a slew of awards, including a silver medal at the 2011 Great American Beer Festival in the American-style IPA category and a score of 99 from Rate Beer.

This 8% ABV, 85 IBUs Imperial IPA will be available on draft and in 12 oz. six-packs from January to March. Check the Oskar Blues Brewery Beer Finder to locate Deviant Dale’s at a watering hole or store near you.

About Oskar Blues Brewery
Founded by Dale Katechis in 1997 in Lyons, Colorado, Oskar Blues Brewery launched the craft beer-in-a-can apocalypse with hand-canned, flagship brew Dale’s Pale Ale. Today, Oskar Blues is one of the fastest growing breweries in the country and operates breweries in Longmont, Colorado and Brevard, North Carolina, while producing 192,000 barrels in 2015. The original canned craft brewery continues push innovation with the opening of its Austin, TX brewery and creations like The Crowler and Hotbox Coffee Roasters. Oskar Blues is available in all 50 U.S. states, Washington, D.C., parts of Canada, Puerto Rico, Sweden, Spain, Chile, the Netherlands, Belgium, the U.K. and Australia.

In 2013, Oskar Blues founder Dale Katechis founded the CAN’d Aid Foundation, a 501(c)(3) nonprofit public charity that offers grassroots grants to those making a difference in the areas of community, the environment, music, and more. CAN’d Aid’s “do-goodery” has raised $2.3 million in four focused areas:

To keep up with all things Oskar Blues, visit