(Flint, MI) – The CAN’d Aid Foundation continues its efforts in Flint, Michigan next week with the donation of 50,000 additional cans of potable water, as well as a fundraising event for organizations in need of support. 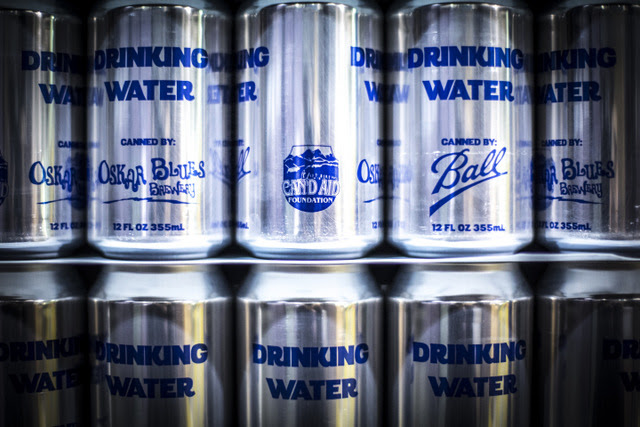 CAN’d Aid Foundation is a 501c3 nonprofit formed by Dale Katechis, soul founder of Oskar Blues Brewery, in 2013 following the Colorado flooding that devastated the hometown of Oskar Blues Brewery in Lyons, Colorado. To date, over $1.9 million has been raised to support its “do-goodery” efforts:

About the CAN’d Aid Foundation – We dig bikes, beer, music, food and family and we’re rallying around what we love to raise money for things that matter. What started as a response to the 2013 floods in Colorado has evolved into an irreverent nonprofit that has raised $1.9 million to support its areas of “do-goodery”:
Towns: Building strong communities
Treads + Trails: Get outside and get after it!
Tunes: For your eyeholes and earholes
Love Yur Mama: Save the blue marble

About Oskar Blues Brewery
Founded by Dale Katechis in 1997 in Lyons, Colorado, Oskar Blues Brewery launched the craft beer-in-a-can apocalypse with hand-canned, flagship brew Dale’s Pale Ale. Today, Oskar Blues is one of the fastest growing breweries in the country and operates breweries in Longmont, Colorado and Brevard, North Carolina while reaching to produce 200,000 barrels in 2015. The original canned craft brewery continues push innovation with creations like The Crowler while it distributes to 45 U.S. states, Washington, D.C., as well as parts of Canada, Sweden, and the U.K.