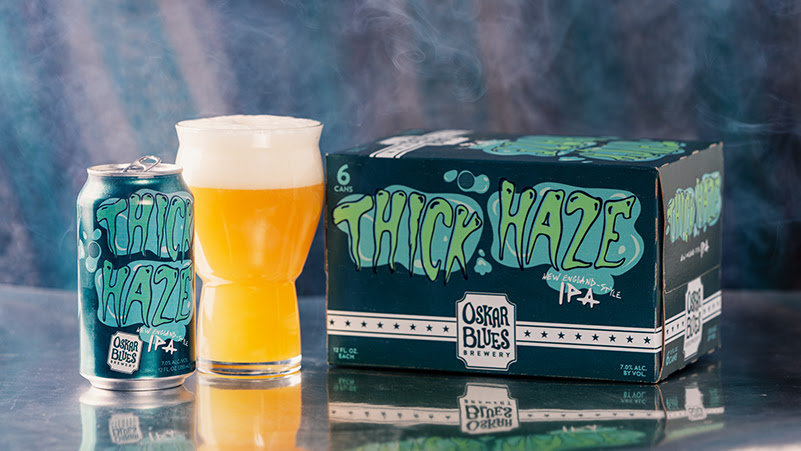 Thick Haze New England-Style IPA was born from pumping insane amounts of hops into an unfiltered, hand-crafted IPA. As it pours, a massively thick fog of hops fills the glass and you can see exactly what you’re getting yourself into. A giant hop-ness monster of a beer, Thick Haze IPA rolls onto the palate with intense flavors of pineapple, melon and mango. The big, tropical flavors emanate from Galaxy, Cashmere, Calypso and Eureka hops added during the dry-hopping process at an almost supernatural amplitude. Aftershocks of the hazy, hoppy hit to the face are citrus notes of grapefruit juice, tangerine and lemon peel.

Oskar Blues Head Brewer Juice Drapeau is no stranger to the New England IPA style, as he hails from Maine where immoderate use of hops is the norm (or as Juice would say, “Hawps”).

“We crafted Thick Haze to be the ultimate beast of a New England IPA – a full-blown freakout for hops,” said Drapeau. “We layered the hop profile to maximize all of the flavors we are diggin’ right now – tropical fruit, melon and citrus.”