(Longmont, CO & Brevard, NC)  – Oskar Blues Brewery, the first craft brewery in the country to brew and hand-can its own beer, continued explosive growth in 2014 and earned a position in the top half of the Inc. 5000 list of fastest-growing private companies in America. The average company on the list grew a mind-boggling 516 percent. Nine plus years of consecutive double digit growth (triple digit growth before that) catapulted Oskar Blues onto the list.

“As an Inc. 5000 honoree, Oskar Blues Brewery now shares a pedigree with Intuit, Zappos, Under Armour, Microsoft, Jamba Juice, Timberland, Clif Bar, Pandora, Patagonia, Oracle, and other notable alumni. You are in good company-which is exactly where you belong,” says Eric Schurenberg, Inc. Magazine President and Editor in Chief in a letter to Oskar Blues Soul Founder Dale Katechis.

Oskar Blues’ exciting growth has encompassed a number of new projects, including:

Oskar Blues Brewery has more than doubled production since 2011, packaging more than 119,000 barrels in 2013, and increasing distribution to 35 U.S. states and four countries overall. Growth was fueled by the addition of a second brewery and Tasty Weasel Taproom, both in Brevard, North Carolina, in late 2012. Both East and West Oskar Blues breweries are continuing to expand in 2014, including adding 60,000 square feet of production space in Colorado. That space will include a six-lane bowling alley that will be open to Tasty Weasel customers. 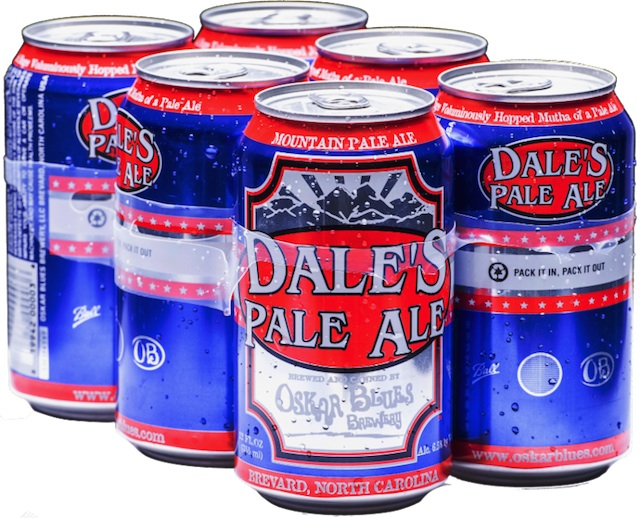 Oskar Blues has grown to become the largest American craft brewery to package beer exclusively in CANs, and currently is ranked 24th on the Brewers Association Top 50 Breweries list. Oskar Blues was named “Craft Brewer of the Year” by Beverage World Magazine in 2012.

Innovation continues to drive the brewery. Old Chub Nitro was released nationwide in 2014 as the first 16.4-ounce American craft beer on nitro in a CAN. In the two tap rooms, Oskar Blues introduced the Crowler, a recyclable 32-ounce growler CAN filled with fresh draft beer from the source. The tabletop seamer Crowler machines are a huge hit, and Oskar Blues has started a cottage industry building and selling them to other breweries and pubs.

“Continuing to push the boundaries is what gets us up in the morning, it’s what drives us. Everything we do is a product of that drive and passion. We continue to do what we love-toss a can in your backpack for the backcountry or a grab a stovepipe (19.2 ounces) at music and sport venues,” says Katechis.

Oskar Blues’ passion for bikes and craft beer is the inspiration behind the new Oskar Blues REEB Ranch in Henderson County, NC, which opens to the public this month. Located about 8 miles from the Brevard-based Oskar Blues brewery, this epic beer and bike-fueled destination offers a haven for mountain bikers (including camping and accommodations), a place to grow hops, pasture land for spent grain-fed cows, and a music & event space, all against the beautiful backdrop of Dupont State Forest. The Oskar Blues REEB Ranch is home to The Bike Farm, an established bike guide and concierge service.  On October 11, 2014, the Oskar Blues REEB Ranch will host the Red Bull Dreamline Ultimate BMX Dirt Bike Competition, which will bring riders and spectators from all over the country to the event.

The menus at all the restaurants are created by Chef Jason Rogers and based on beer and Berkshire pork raised on Oskar Blues Hops & Heifers Farm. Homemade Liquids & Solids was recently voted one of the top five craft beer bars in the Mountain West region in a Brewers Association poll of more than 19,000 craft beer lovers.

Also in the past year, Oskar Blues established the CAN’d Aid Foundation, following the massive flooding in Lyons and Longmont, CO.  Although the foundation’s immediate focus was on maximizing fundraising efforts for the expedited distribution of funds to the impacted communities, the CAN’d Aid Foundation has since developed national partnerships in a variety of focus areas, including recycling, outdoor recreation, child and family advocacy and sustainability initiatives.  To date, the foundation has raised more than $1.2 million for businesses, nonprofits, families and others in need.

Founded as a brewpub by Dale Katechis in 1997, Oskar Blues Brewery launched the craft beer-in-a-can apocalypse in 2002 using a tabletop machine that sealed one can at a time. In 2008, the makers of the top-selling pale ale in ColoRADo, Dale’s Pale Ale, moved into a 35,000-square-foot facility in Longmont, ColoRADo. The brewery has since experienced explosive growth-packaging 59,000 barrels of beer in 2011 and 86,750 barrels in 2012. In December of 2012, Oskar Blues opened the doors to an additional brewery in Brevard, North Carolina. Together, the breweries packaged 119,000 barrels of beer in 2013, distributing its trailblazing craft brews to 35 U.S. states and Washington, D.C.

You Better Believe Bootlegger’s Brewery Is Headed to GABF 2014! Denver Beer Co. Will Be Pouring at GABF 2014