(Longmont, CO) –  If you require proof that patience is a virtue, look no further than barrel-aged beers. Oskar Blues Brewery announces the release of Bourbon Barrel-aged Ten FIDY and Volumes 3 and 4 of their BA20 Barrel-aged Series: Angel’s Vera and Zuccotto. These BA beers are available in four-packs of 12 oz. cans for a limited time. 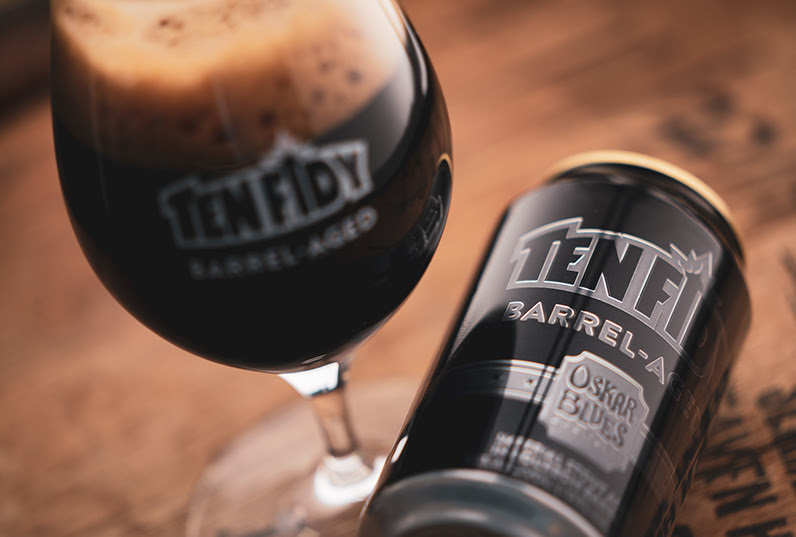 In late 2019, Oskar Blues’ brewers pumped bourbon barrels full of the craft beer classic Imperial Stout, Ten FIDY. Safely sheltered from the outside world throughout 2020, Barrel-aged Ten FIDY has matured beyond its chocolatey, roasty base, picking up an abyss-like depth of flavor with notes of vanilla, caramelized sugar and espresso. Months of rest inside oak bourbon barrels have mellowed the massive stout into a 12.5% ABV campfire companion – a warm blanket of a beer for backcountry trips or fireside sipping. Craft beer aficionados seek out every vintage of Barrel-aged Ten FIDY and can pick up the 2020 version for a limited time beginning now.

“Ten FIDY Imperial Stout is a malt monster,” says Oskar Blues’ Head Brewer, Juice Drapeau. “Aging the beer for at least nine months in bourbon barrels ramps up both the complexity and ABV while mellowing out the finish. If I had a St. Bernard, I’d name him Oskar and train him to carry a barrel of BA Ten FIDY on his collar wherever we went. You know, for emergencies.”

Barrel-aged Ten FIDY is now available nationwide in 4-packs of 12 oz. cans. BA20 Vols. 3 & 4 have limited distribution and will be available at Oskar Blues taprooms in Colorado and North Carolina. Please direct all inquiries  to Aaron Baker at [email protected]