(Fort Collins, CO) – Odell Brewing has released their latest from the Cellar Series, Bull Proof, a 12% Bourbon Barrel-aged Imperial Stout. This marks their first package release of a Bourbon Barrel Stout since 2011. 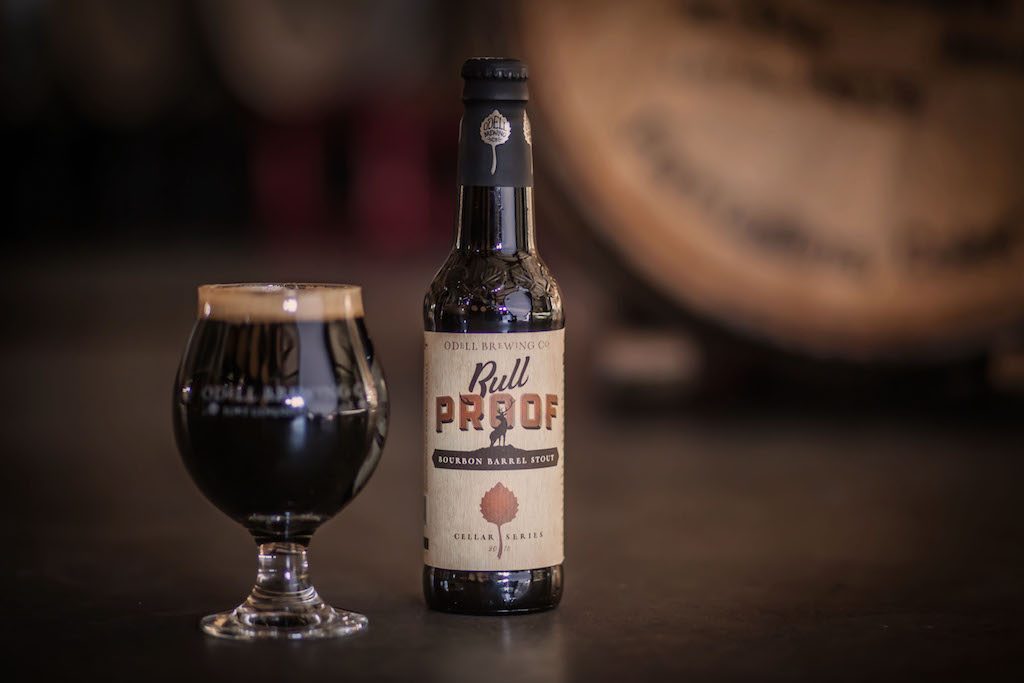 A bourbon barrel stout is, by design, an exercise in collaboration and this beer has become a neighborhood affair. Odell Brewing partnered with local Fort Collins based Old Elk Distillery, to source bourbon barrels for aging their beer.

“When Old Elk opened their distillery less than a mile from the brewery, we did the neighborly thing and paid them a visit,” explains Marni Wahlquist, Barrel and Pilot System Manager. “After sharing a few pints and pours, we got to talking and the idea behind Bull Proof was born.”

“We’ve actually been working together for a couple of years,” explains Kate Douglas, head Distiller of Old Elk. “When we first got started, Odell made a few barrels of beer available to us so we could test recipes on our pilot system. We’ve been friends ever since.”

“Because Old Elk was ramping up production, they had an abundance of barrels. Fortunately we were able to put them to good use,” explains Wahlquist. “Working with super fresh barrels allows the beer to take on stronger, more complex flavors.”

This Bourbon Barrel Stout has hints of sweet vanilla, soft oak, and deep molasses that complement the full body of rich roasted malts. Coming in at 12%, Bull Proof will be available in very limited quantities as a single 12oz bottle across Odell’s 16-state distribution footprint.

About Odell Brewing – Odell Brewing is a regional, independent, and employee owned craft brewery. Since 1989, the culture of family and collaboration has thrived, fostering a brewery full of beer-centric people. It is this passion for beer that inspires Odell Brewing to create quality, hand-crafted and innovative brews. Odell Brewing is committed to providing exceptional service to its customers while making positive contributions to their co-workers and community through its outreach and charitable giving programs. Odell Brewing was named the “Best Medium Sized Company to Work For” in Colorado in 2015 and is the 27th largest craft brewery in the United States.

About Old Elk Distillery – Old Elk® Distillery – named Colorado Distillery of the Year at the 2016 and 2017 New York International Spirits Competition – is the distillery behind Old Elk Blended Straight Bourbon Whiskey, Dry Town Gin, Dry Town Vodka, and Nooku Bourbon Cream. Founded by Curt and Nancy Richardson, the innovators who created OtterBox and Blue Ocean Enterprises, Old Elk Distillery follows the Richardsons’ tradition of innovation by crafting spirits unlike any others. Led by an experienced and passionate team based in Fort Collins, Colo., Old Elk prides itself on developing premium products that consistently deliver on taste and experience.