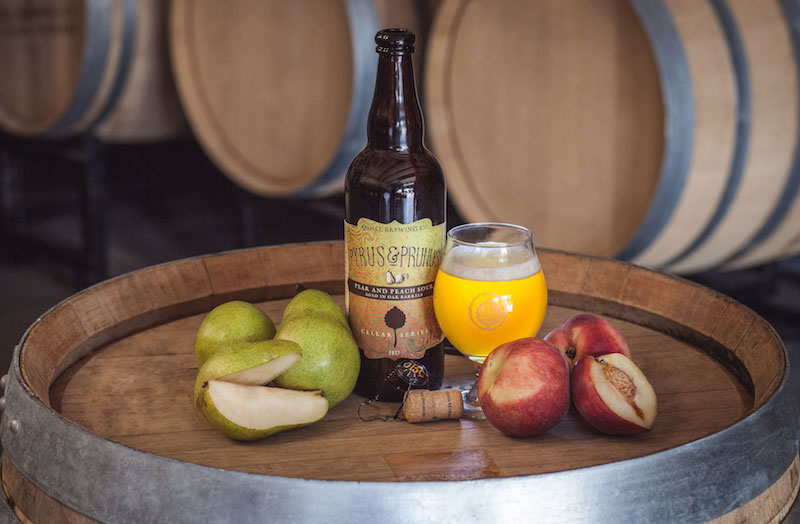 Pyrus & Prunus is an oak aged sour golden ale brewed with heavy additions of pear and peach puree resulting in a full bodied, pleasantly effervescent, refreshingly tart ale. The two fruits work in harmony, as aromas of peach pie and fresh pear swirl from the glass. The tart complexity of the sour golden marries with ripe fruit flavors that burst forth with every sip.

“Every Coloradoan looks forward to the summer peach harvest,” explains Brent Cordle, Cellar Brewing Manager. “When we did some sensory trials with pear and peach, we saw an opportunity to work with the western slope fruit suppliers to keep things local. The combination of the two fruits work well to balance the lactic sour notes and create a refreshing, unique beer.”

Coming in at 9%, Brazzle will be available in limited quantities as a single 750ml bottles across Odell’s 15-state distribution footprint.