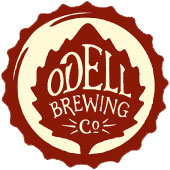 Brewery to distribute in the greater Twin Cities area

Fort Collins, CO. – On May 1 ,2010 , Odell Brewing Company will begin distributing in the state of Minnesota. The brewery has partnered with Original Gravity, a central group of locally owned and operated distributors that are passionate about craft beer. The Original Gravity partners include Capital Beverage, Thorpe Distributing Company, and College City Beverage.

Odell Brewing will offer 90 Shilling, 5 Barrel Pale Ale, IPA, as well as its Seasonal and Single Serve beers to Minnesota beer fans primarily in and around the Twin Cities. Brewery representative Todd Ewing will relocate to the area to help with the launch and to develop the new market.

“I’m VERY happy to see [Odell Brewing] beers will be landing soon here in Minnesota,” said Jason Alvey, owner of The Four Firkins specialty beer store. “Some of our customers who travel to Colorado have brought [Odell] beers back here as gifts for us at the Firkins! They are always handed over with a sense of reverence and special occasion. We love them.”

Members of the brewery along with brewery founder, Doug Odell, will celebrate the move into Minnesota at several local launch parties on May 3, 2010. Please visit www.odellbrewing.com/minnesota for the details.