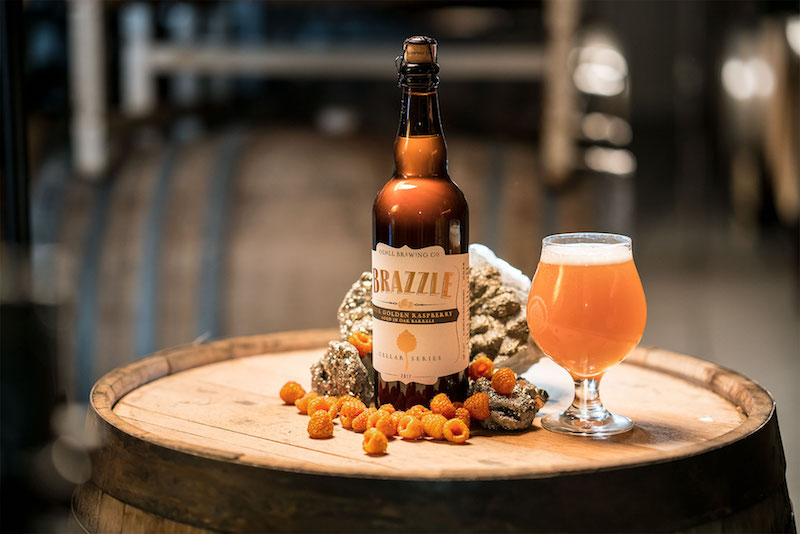 Brazzle is aged and blended in oak barrels for a subtle tartness that balances with the sweet stone fruit character of the golden raspberries. Golden raspberries increased sugar content and minimal acidity make them less tart than red raspberries.

“This beer was well received the first time around and if we were going to bring it back again, we wanted to go big. For this release, we’ve added twice as many golden raspberries,” explains Brendan McGivney, COO. “They’re notoriously difficult to source, but we made a few calls and it was worth the extra effort.”

Coming in at 5.4%, Brazzle will be available in limited quantities as a single 750ml bottles across Odell’s 14-state distribution footprint. To learn more about Brazzle visit http://bit.ly/newbrazzle.