(Fort Bragg, CA) –  Boldly emblazoned with the likeness of a Northern Elephant Seal, North Coast Brewing Company has released its first ever Imperial IPA, a winter seasonal aptly entitled Beachmaster. This full bodied brew is both tribute and companion to North Coast’s flagship beer, Ruedrich’s Red Seal Ale, and a noteworthy incarnation of an American brewing style made popular by west coast brewers looking to test the limits of the traditional IPA. 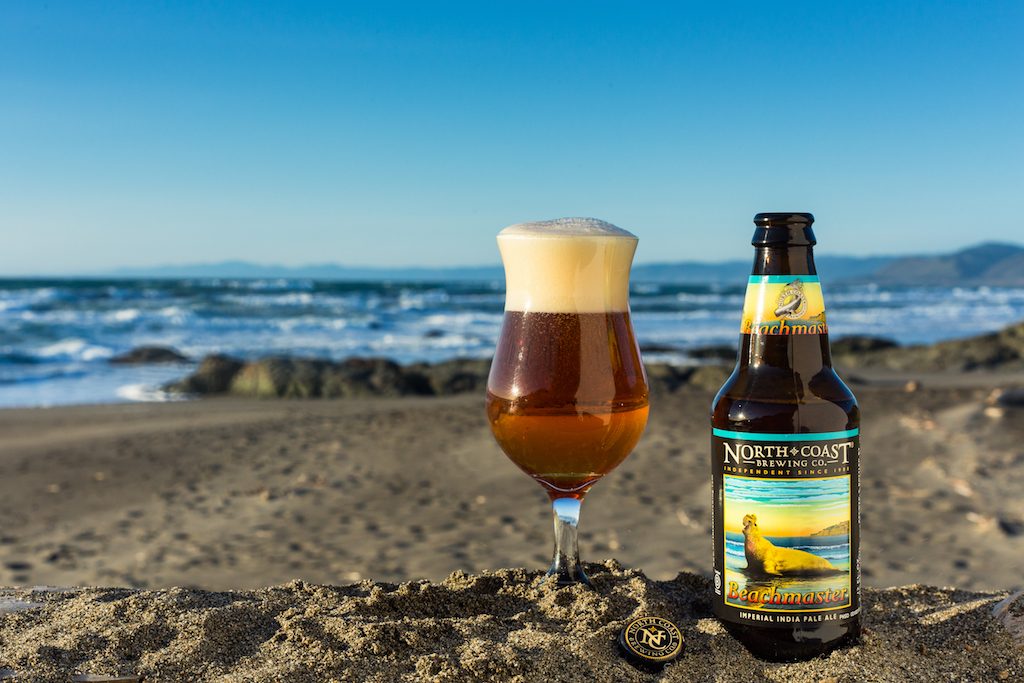 In releasing Beachmaster, North Coast Brewing renews its commitment to honoring and protecting the abundant marine mammal life that graces the Pacific coast.

The Imperial IPA, synonymous with ‘double’ IPAs, is known for its high gravity (7.6% ABV or higher), hoppy flavor, and strong body. It’s no coincidence that Beachmaster, at 9% ABV and brewed with 7 ½ pounds of hops per barrel, is dedicated to the mighty Northern Elephant Seal. Its striking label artwork was created by Mike Patrick, whose work also appears on the labels of North Coast’s Red Seal Ale, Old No. 38 Stout, and North Coast Steller IPA.

From its seaside perch on California’s Mendocino coast, North Coast Brewing began its now 30 year craft brewing tradition with a flagship beer dedicated to a local marine mammal: Ruedrich’s Red Seal Ale. Since that time, the brewery has grown its family of marine-centric beer brands to include a nod to the seasonal migration of Grey Whales along the Pacific Coast, Laguna Baja Mexican-style Lager, and a brew that is inspired by the Steller Sea Lion, North Coast Steller IPA.

North Coast Brewing Company’s Beachmaster Imperial IPA is a seasonal release available at better beer stores nationwide. Use our Beer Locator to find it near you or request it at your local beer retailer.

Founded in 1988, North Coast Brewing is a Certified B Corp and a California Benefit Corporation whose mission is to make the world a better place one pint at a time. Their pioneering brewing efforts with Old Rasputin, their Belgian style ales, and barrel aging, along with their focus on sustainable practices, have established them as leaders in the craft beer community.