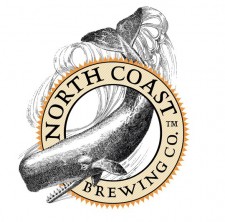 1988 was a seminal year for the budding craft brewing industry on the West Coast. It marked the founding of some of America’s most influential breweries, North Coast Brewing among them. It was also the year Fred Eckhardt published The Essentials of Beer Style—a book that quickly became an essential reference for aspiring brewers and critics.

In recognition of the 25th anniversary of this milestone year, North Coast Brewing and two other west coast members of the pioneering “Class of ’88,” – Rogue Brewery and Deschutes Brewing – are collaborating on a trio of commemorative beers evolving from Fred’s book.

Each of the breweries will create its own interpretation of a barleywine based on Fred’s style guidelines, after which crews from the partner breweries will travel to each other’s facilities to brew all three ales. Their common heritage and joint brewing effort will result in a cohesive set that will allow beer aficionados to enjoy three examples of the style.

“It’s amazing to look back over the beer landscape and see what’s happened over the past 25 years,” said Mark Ruedrich, North Coast Brewing’s Co-Founder, Brewmaster, and President. “America’s craft beers are setting new international standards for quality and innovation. They’re the most exciting facet of the world beer scene today.”

These exceptional barleywines will be released in March of 2013 and will be available around the country for a limited time, distinctively packaged in either 22 oz. or 750 ml bottles.

North Coast Brewing will also produce a 25th Anniversary Brew of its own, a worthy successor to its Twentieth Anniversary Ale, in keeping with the northern California brewery’s reputation for exceptional, ground-breaking beers.

Meanwhile, in Europe, the founders of Stockholm’s trend-setting Oliver Twist Pub, including Jörgen Hasselquist, have chosen North Coast Brewing to brew a special beer celebrating the 20th anniversary of Oliver Twist in May of 2013. “We’ve been big fans of the beers of North Coast Brewing since we introduced Red Seal Ale to Sweden with a Gold Medal win at The Stockholm Beer and Whiskey Festival in 2000,” said Hasselquist, “so it was a natural to ask their Brewmaster, Mark Ruedrich, to develop something very special for us in honor of our anniversary. We are delighted that he has agreed.”

“Sweden is more than one of our largest markets,” said Ruedrich. “We’ve been embraced by beer lovers throughout Scandinavia in the last decade or so and love sharing our beers with them.”

It’s looking like 2013 will be another seminal year for North Coast Brewing.