(Fort Bragg, CA) – North Coast Brewing Company’s much anticipated annual release of Barrel-Aged Old Rasputin is here again, just in time for the holiday season. And given its gravity – 11.9% ABV – it’s sure to be a merry addition to any gathering. 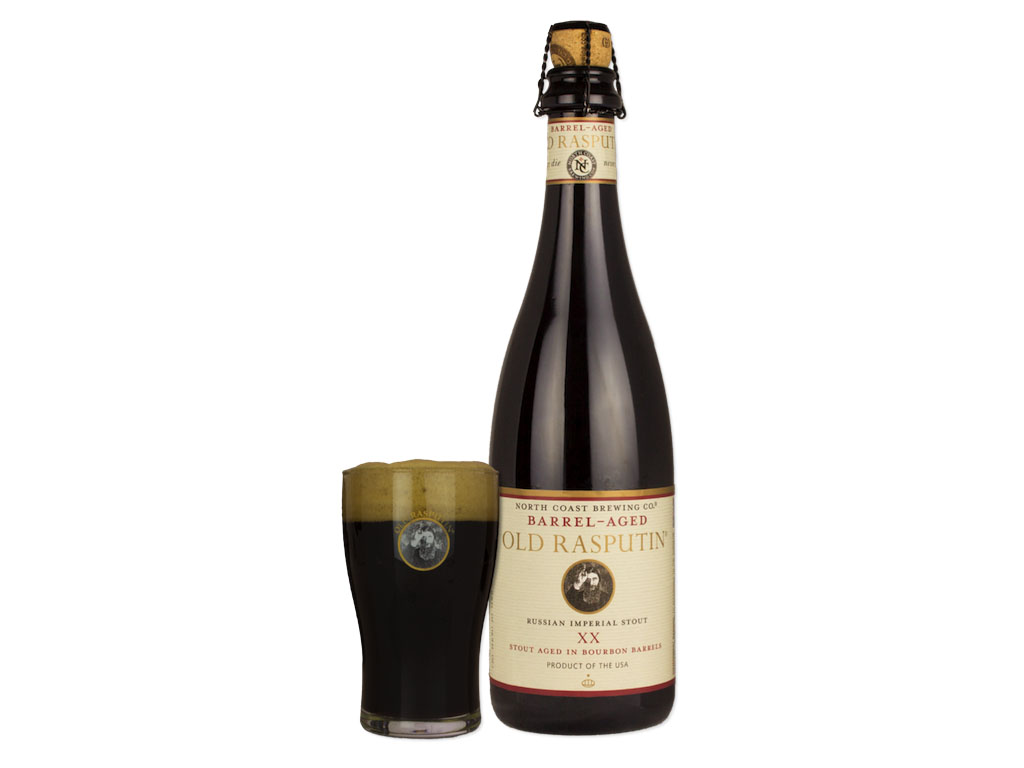 Every year the brewery ages a special batch of its infamous Russian Imperial Stout in whiskey barrels, this year done in bourbon adding an extra kick and flavor profile to an already impressively well-balanced and potent brew. This 2017 release – the XX – is every bit as deep, intense, and complex as both its barrel-aged predecessors and its namesake, the Russian mystic Grigori Rasputin.

Originally destined for limited release out of the brewery’s retail shop and Taproom in Fort Bragg, CA, this barrel-aged brew quickly grew in notoriety and beginning in 2010 North Coast put it into broader distribution. It’s still a limited – and coveted – release but can now be found in specialty stores around the country.

North Coast Brewing Company’s Barrel-Aged Old Rasputin is available at better beer stores nationwide in 500 ML bottles with a cork and wire finish. Use our Beer Locator to find it near you.

About North Coast Brewing Company: Founded in 1988, North Coast Brewing is a Certified B Corp and a California Benefit Corporation whose mission is to make the world a better place one pint at a time. Their pioneering brewing efforts with Old Rasputin, their Belgian style ales, and barrel aging along with their focus on sustainable practices have established them as leaders in the craft beer community.