(New Orleans, LA) –  NOLA Brewing invites you to celebrate “Ten Years of Beers” on February 15th, 2019. The anniversary party will feature performances by Karl Denson’s Tiny Universe and kick off with the George Porter Trio. It will also showcase two specialty beers with a reappearance of Moon Shoes IPA and the second Sucré release of a Blackberry Cobbler Macaron Stout. 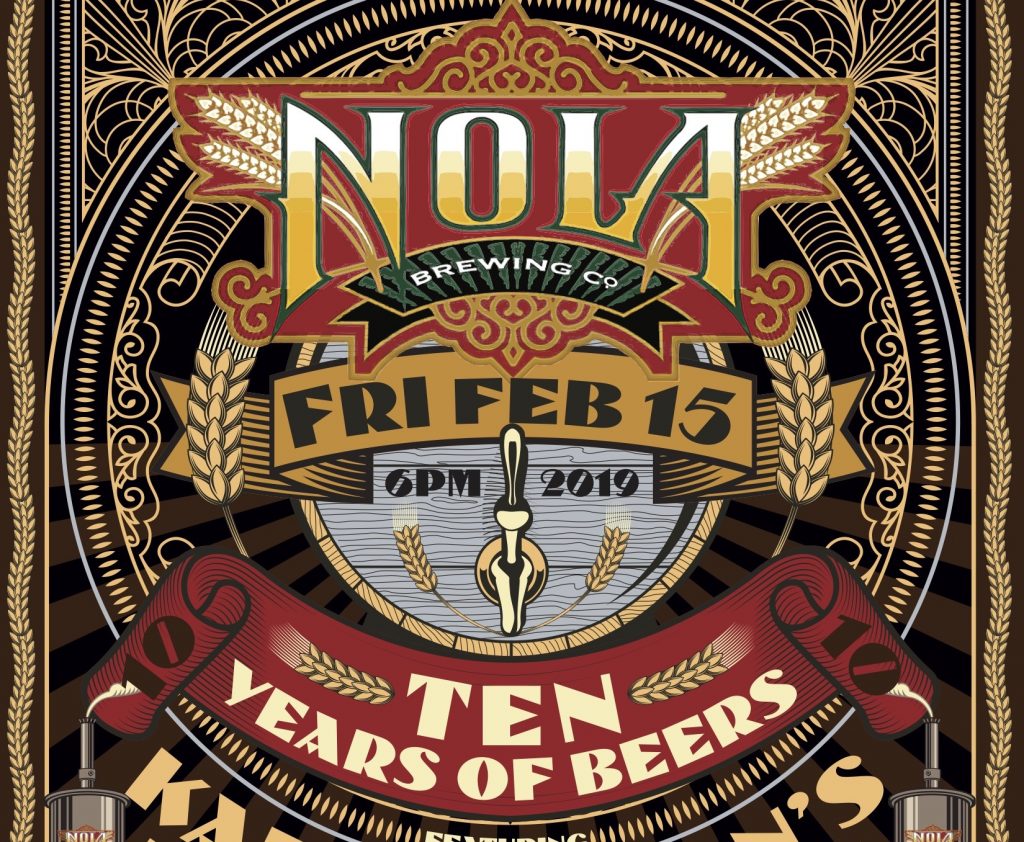 WHY: NOLA Brewing is celebrating their tenth anniversary with their biggest concert yet!

After ten years of combining their love of music and their love of beer this party featuring huge national and local artists plus two specialty beers is the best way to celebrate!

HOW:  $15 Tickets available at https://tenyearsofbeers. eventbrite.com/ until 11:59pm February 14

Nola Brewing Company crafts beer for introductory craft beer drinkers AND the experienced craft beer lover. The company’s passion for quality and crafting beers that they themselves want to drink translates into great-tasting beers, made from choice malts and hops brewed with over 30 years of experience. However, the company goes beyond just developing great beers. Heavily entrenched as a thread in the fabric of New Orleans, NOLA Brewing Company brews a cultural experience within each glass. NOLA Brewing is located at 3001 Tchoupitoulas Street in New Orleans, LA and can be found at nolabrewing.com, and on Facebook.com/Nolabrewing and is @NOLABrewing on Instagram and Twitter.