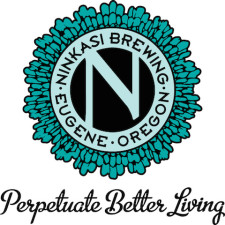 “We are so excited to perpetuate better living by distributing Ninkasi beers in Arizona. Arizonans have been asking for Ninkasi. We are thrilled to work with the fabulous team at Ninkasi to bring their great beer to Arizona. Beer is love and we love Ninkasi,” said Kimberly Clements, President, Golden Eagle Distributors, Inc.

Ninkasi Brewing Company is dedicated to brewing the highest quality craft beers in support of culture, community, and the uniqueness of each individual and their passions—while evoking as much enjoyment as possible along the way! Ninkasi believes in and is committed to sharing experiences that create value for its customers, partners, and communities in service to its core purpose: to Perpetuate Better Living.

About Golden Eagle Distributors, Inc.
Golden Eagle Distributors, Inc. is a premier distributor of alcohol beverages throughout Arizona. Celebrating 40 years as an Arizona family owned business, Golden Eagle has been known for providing quality beverages, excellent customer service and community service throughout the state of Arizona.The third-generation company is owned by the Clements family and is headquartered in Tucson with offices in Buckeye, Casa Grande, Flagstaff, Globe, Show Low and Tempe, Arizona.