(ATLANTA, GA) – Combining a collective passion for craft beer, partners Mitch Steele, Carey Falcone and Bob Powers will bring a “New Realm” to Atlanta’s brewing community later this year. The trio announced their new venture in the Atlanta Beltline area in the fall of last year and has spent many hours coming up with the appropriate name to suit it.

“We could not be more thrilled to announce our name, New Realm,” said Carey Falcone Co-Founder and CEO. “It has taken us quite a bit of time (over many beers, of course) to create our vision and land on the right name for our future brewery and restaurant. New Realm speaks to our desire to create a new realm in brewing and dining experiences, and to support an outstanding and dynamic local craft beer community.” 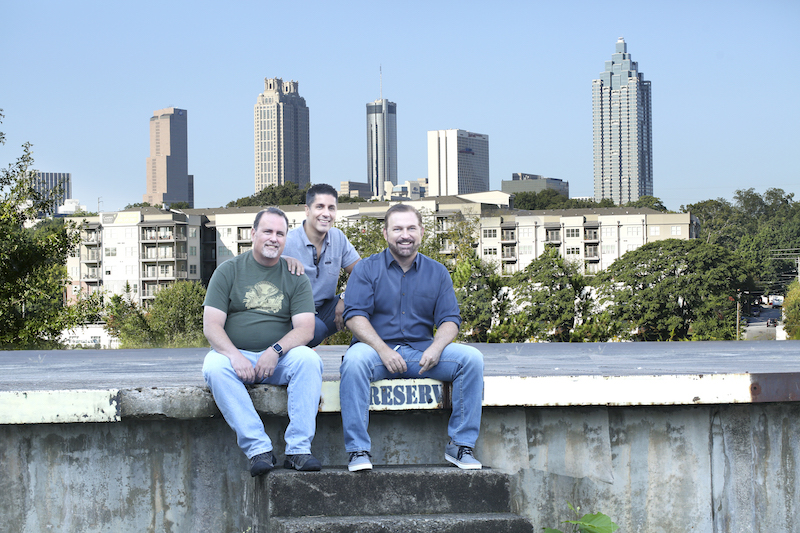 At the core of New Realm Brewing is Co-Founder, Brewmaster and COO, Mitch Steele formerly Brewmaster for 10 years at Stone Brewing. Steele, referred by many as an authority on brewing IPA’s, has decades of experience developing and brewing innovative and delicious beers. Steele authored a book in 2012 titled, “IPA: Brewing Techniques, Recipes and the Evolution of India Pale Ale.” Currently Steele is busy developing recipes and has shared that craft fans can “count on IPAs being poured at New Realm as well as barrel-aged beers and traditional lagers”.

New Realm Brewing will break ground soon in preparation to open the 20,000 square foot space located at 820 Ralph McGill Avenue in the growing Beltline area. “Plans are underway to bring Atlanta and its visitors a distinctive venue to enjoy craft beer and great artisanal foods in an inviting, unique and fun atmosphere,” said Bob Powers Co-Founder and CCO. “In addition to our production brewery, we will have a restaurant, as well as both a rooftop bar and an outdoor beer garden at New Realm and we look forward to unveiling design plans in the near future.”