(ATLANTA, GA & VIRGINIA BEACH, VA) – Introducing Bless Your Little Tart Blueberry Peach Gose, the latest in The New Realm Sour Series. A tart gose brewed with a blue-ribbon combination of fruit, Bless Your Little Tart boasts blueberries and peaches with added blackberry, sea salt and coriander. This new sour ale offers that fresh taste of good-ole southern hospitality in a can or on draft. 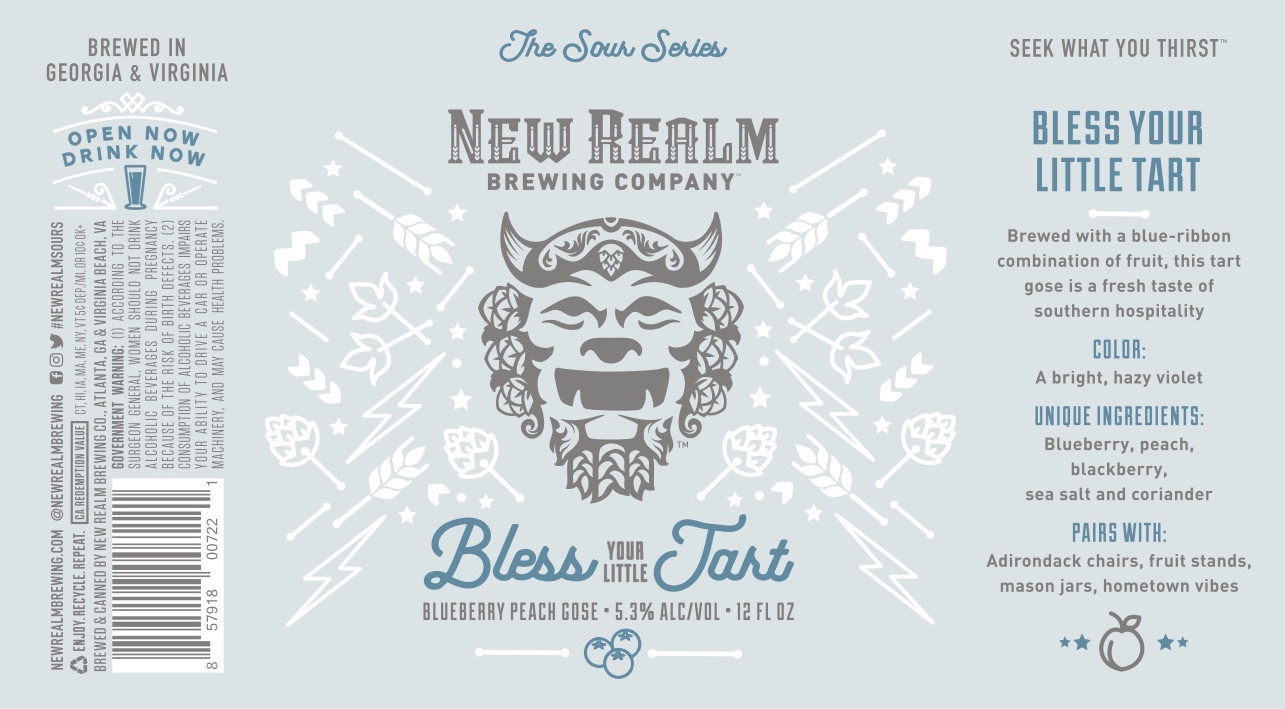 “It’s a pretty well-known fact that Georgia produces peaches, but not many know that blueberries are the largest fruit crop in the state,” said Mitch Steele Co-Founder and Brewmaster of New Realm Brewing. “Turns out that blueberries are also widely grown in Virginia, so we thought why not combine the two great fruits from our two home states to create a kind of the perfect salute to summertime.”

The southern hospitality-inspired gose is now available for a limited time on draft and in 12oz. 6 pack cans in New Realm’s Atlanta and Virginia Beach brewery to-go coolers, as well as your favorite retailers around Georgia and the Hampton Roads, Northern and Western areas of Virginia.

·      Distribution: Throughout Georgia, the majority of Virginia