(ATLANTA, GA) – There’s something wildly hazy and crazy juicy flowing through the tanks at New Realm Brewing. The people have spoken, so the brewers are ramping up production and canning away! Hazy Like A Fox IPA will release into cans on March 4th, turning hazy beer lovers into groupies. 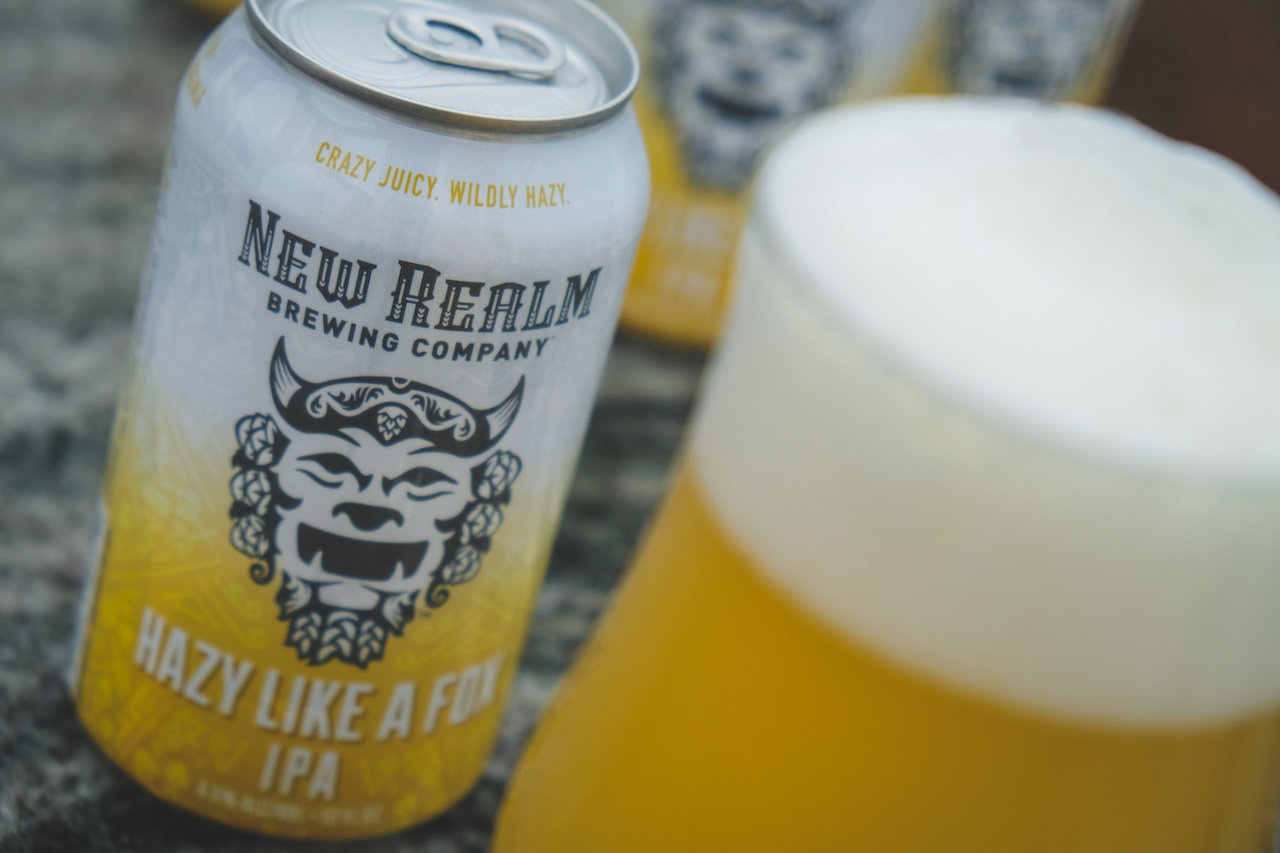 “This is a double dry hopped beer,” said Mitch Steel Co-Founder and Brewmaster of New Realm Brewing. “We did the first dry hop early in the fermentation process which resulted in some great flavor changes by our yeast interacting with the hops to provide an intense orange juice flavor. We have already heard from our beer fans how much they enjoy Hazy Like A Fox and I believe that new fans will love it too.”

A former small batch brew, Hazy Like A Fox quickly became a mainstay on New Realm’s brewery tap list. The New England style IPA was the first hazy IPA brewed on-site at New Realm’s Atlanta Innovation Brewery, and it features a blend of pale malt, oats, wheat, flaked barley and milk sugar for a pillowy soft mouthfeel. It pours a pale gold with an opaque haze. A double dry hop creates waves of pineapple and tangerine aromatics that complement soft, juicy orange and tangerine notes which delight the palate.

Hazy Like A Fox is available on draft and in shiny new 12-oz cans in the brewery’s to-go cooler, as well as our favorite retailers around Georgia and the Hampton Roads area in Virginia.  Soon more beer lovers will see why we’re “crazy for hazy.”

New Realm Brewing Company is an American craft brewery started in 2016 by co-founders Carey Falcone, Bob Powers and Mitch Steele. On a mission to rethink tradition and bend the rules, the team planted their first production facility in a 20,000-square foot space on Atlanta’s east side Beltline trail in December of 2017, featuring a 25hl brewhouse, 3,000 square foot restaurant, rooftop patio and beer garden. A second location opened in Virginia Beach mid-2018 enabling New Realm to increase their ability to innovate and create new beers.  The Virginia Beach location is a 58,000-square foot space providing an additional 40,000 barrels of annual capacity. Like Atlanta, the second location features a large outdoor beer garden, private event space and a tasting room. Brewmaster Mitch Steele received the Russell Scherer Award for Innovation in Brewing in 2014 and co-authored the book IPA: Brewing Techniques, Recipes and the Evolution of India Pale Ale in 2012. New Realm Brewing’s core principles are quality, creativity, authenticity, and striving for perfection, all with a customer-centric commitment and approach.