(ATLANTA, GA & VIRGINIA BEACH, VA)  – Rice Cold IPA is a mash up of a Mexican Lager and an IPA created by brewmasters Mitch Steele at New Realm Brewing and Shaun O’Sullivan of 21st Amendment. The result is a crisp, pale gold ale with substantial hop character. The Cashmere hop is the star in this profile, providing flavors of melon, backed by peach, citrus and herbal notes. Idaho 7, Cascade and Galaxy hops are used to add tropical fruit and piney aromas. 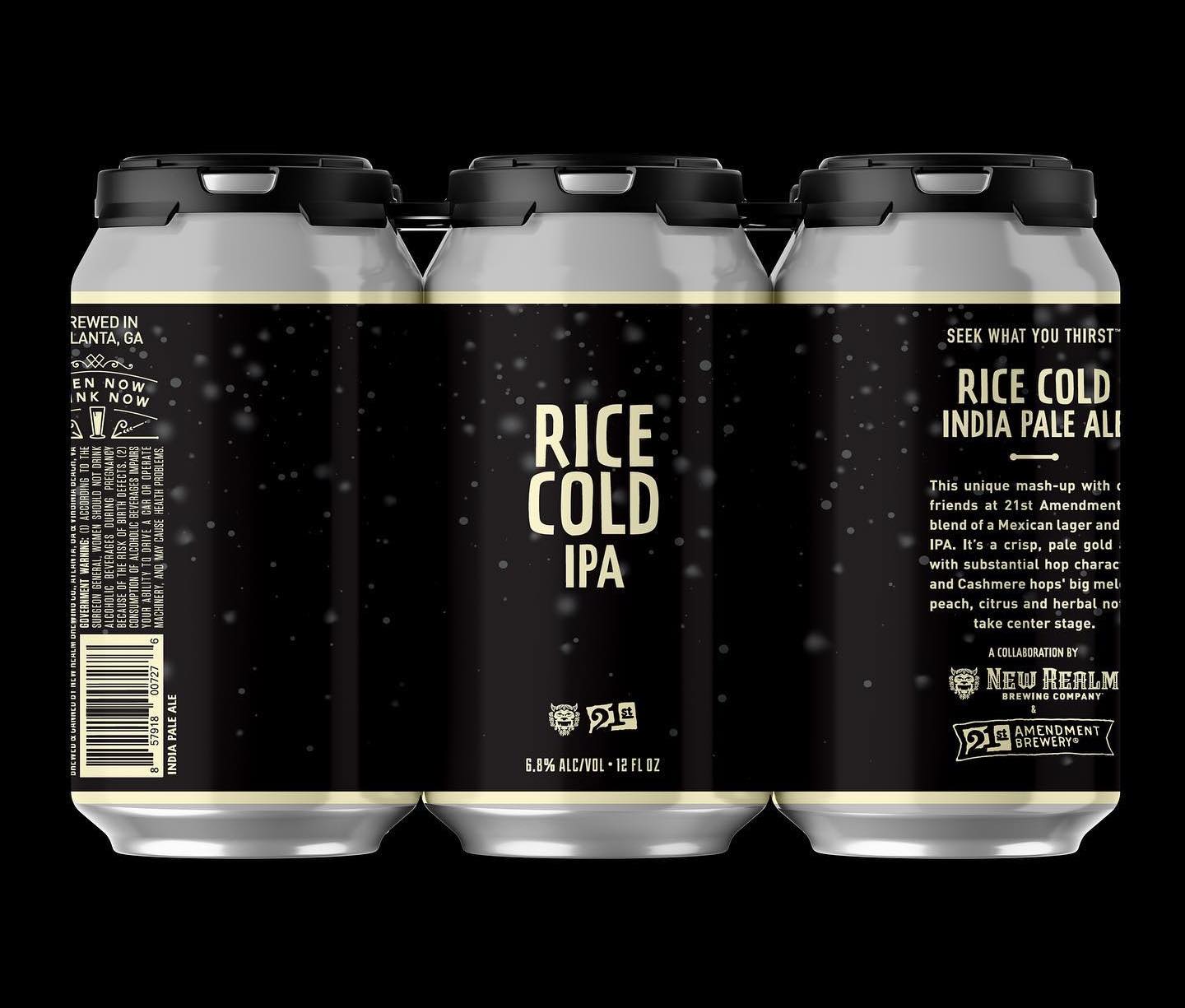 “Shaun and I have been pals for a long time, so when he was visiting Atlanta for a beer festival we decided to brew something different together,” said Mitch Steele Co-Founder and Brewmaster of New Realm Brewing. “As we discussed the idea for this beer, we agreed on certain techniques that we believed would set this beer apart and make it extra tasty and unique.”

In order to craft this beer, Mitch and Shaun used a blend of malts from both coasts as well as rice. They then combined a “hop salad,” a term coined by 21st Amendment Head Brewer, Chris Sartori, as the “Mitch Steele hopping technique,” which translates to using several varieties of hops and finished with a Mexican lager yeast to add hints of spice.

Rice Cold IPA is now available for a limited time on draft and in 12oz. 6 pack cans. Grab it in New Realm’s Atlanta and Virginia Beach brewery to-go coolers, as well as your favorite retailers around Georgia and the Hampton Roads area of Virginia.