(ATLANTA, GA) – As the temperature begins to cool in Atlanta, things at New Realm Brewing are heating up with the recent pairing of General Manager, Don Mioton and Executive Chef, Julio Delgado. The duo plan to stir things up at New Realm Brewing as it opens later this year. Mioton joined the team most recently from American Cut & Regent Cocktail Club and Delgado from JP, a restaurant in downtown Atlanta’s Hotel Indigo. 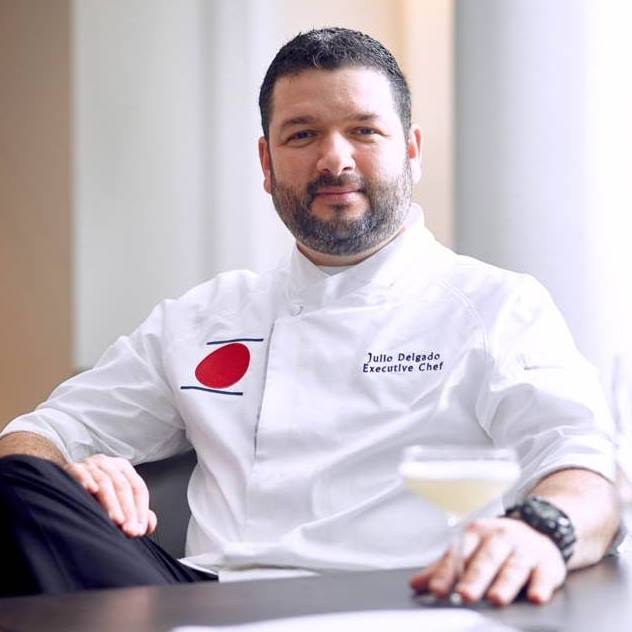 Combining their vast culinary knowledge, the twosome are putting the final touches on the menu. Executive Chef Julio Delgado is drawing inspiration from Brewmaster Mitch Steele’s craft beers as well as the area’s local farms in order to create an approachable menu, which is rooted in tradition. His blend of global flavors and southern techniques pair comfortably with the restaurant’s inviting setting. Among notable menu items will be a house ground prime beef burger on a brioche bun, a beer can Springer Mountain Farms half chicken, as well as four hickory wood-fired pizzas cooked to perfection in a dedicated pizza kitchen which guests will see on display on their way to the brewery’s main entrance.

Guests will be able to enjoy their meal in a variety of seated locations within New Realm Brewing including a main dining room, an interior bar, a lower level patio, an outdoor beltline beer garden or the rooftop patio where the view is spectacular. New Realm Brewing will also have a private dining room on the lower level and a second level tasting room/tour center, both of which will house special events like weddings, private parties and corporate meetings.

All told, the New Realm facility will seat a total of 400 guests, who will enjoy several views looking directly into the brewery overlooking New Realm’s 25hl, four vessel brewhouse and 50hl tank farm from Krones Steinecker, as well as Mitch Steele’s
brewing team in action. It is expected that the facility will be able to produce approximately 20,000 barrels at full production and will have the capability to keg, bottle and can.

About New Realm Brewing:
Atlanta-based New Realm Brewing Co. (NRBC) is an American craft brewery-in-planning in the Southeastern US. Started in 2016 by co-founders Carey Falcone, Bob Powers and Mitch Steele, the team is building their first production facility on Atlanta’s Beltline in a 20,000-square foot space that will feature a 25hl brewhouse, a 3,000-sf restaurant, with rooftop patio and beer garden. Brewing began in fall 2017, with a grand opening scheduled for late 2017. Mitch Steele, Renaissance man and brewing legend, is known for producing hop heavy IPAs. Mitch co-authored a book IPA: Brewing Techniques, Recipes and the Evolution of India Pale Ale in 2012 and the Brewers Association awarded him a trophy for innovation in craft brewing in 2014. New Realm Brewing Co. core principles are quality, creativity, authenticity, perfection, and customer centricity. They are focused on positively impacting the community in which they live/work, a commitment to environmental sustainability, supporting the local, independent craft community and the art & science of great craft brewing. NRBC is headquartered in Atlanta, GA. For
more information, please visit www.newrealmbrewing.com.