(Holland,MI) – New Holland Brewing Co. is renewing their long-standing commitment to support Michigan agriculture with an exciting announcement from their Pub on 8th restaurant and brewpub in downtown Holland. The brewery is committing that by 2016, all specialty beers brewed at Pub on 8th will be brewed exclusively with Michigan grown ingredients, including malted barley, wheat, hops, fruit and yeast. 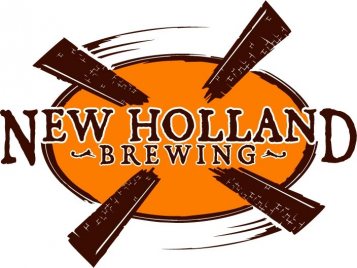 The Hollander is pure Michigan from top to bottom, featuring a yeast strain from the tip of the Keweenaw Peninsula in the U.P., 100% Michigan grown hops from our four suppliers, 50% Michigan grown and malted barley, 100% pure Lake Michigan water.

“New Holland was our first customer and will remain one of our biggest customers for years to come,” stated Erik May, President of Pilot Malt House in Grand Rapids, Michigan. “It’s one thing to say you ‘support local’ and you ‘buy local’ but New Holland lives and breathes it. We hope to fill a much-needed gap in their supply chain and further their connection to Michigan agriculture. It’s always our honor to deal with New Holland, particularly on something as important as The Hollander.”

“This growing opportunity is about going beyond just substituting one source of ingredient for another,” stated Fred Bueltmann, VP of Brand and Lifestyle. “We are inspired by these ingredients to celebrate terroir by developing beers and spirits that explore and showcase the true flavor of Michigan and our world around us.”

“As someone who has embraced the idea of supporting local farmers and sustainability in my personal life for years, it is truly an honor for me as a brewer to be aligned with a company that will allow me to bring my values to my job.” Berthel continued, “I am excited to be able to have a day where we can make a beer that showcases the high quality ingredients that these Michigan suppliers are providing us and be able to showcase the finished product at this years Tulip Time celebration.”

Alex Wiesen, owner and operator of Empire Hop Farms adds, “New Holland has been incredibly supportive of the hop industry from the very start. Their feedback and guidance from all levels has been a valuable mentoring experience for us. We can’t thank them enough for helping Empire Hops become one of the leaders in the Michigan hop industry.”

“Handcrafted in Michigan means something to us,” says New Holland President and Co-founder, Brett VanderKamp. “We have always had a strong connection to agriculture and with each sip of these beers, we’ll be celebrating and supporting the hardworking farmers and pioneers that are making these beautiful ingredients available.”

New Holland has been a longtime supporter of Michigan agriculture, with several beers and spirits featuring Michigan grown ingredients. In 2010 they introduced a single batch release of Hopivore – harvest ale, followed by other Michigan focused single batch releases such as Michigan Awesome Hatter, and Carhartt Woodsman. With growing availability and support from farmers, these specialty releases paved the way for a commitment to year round products, with Michigan Cascade hops inspiring the return of Paleooza – MI Pale Ale, and Michigan wheat in Bill’s Michigan Wheat Whiskey, (soon to be rebranded as Pitchfork MI Wheat Whiskey).