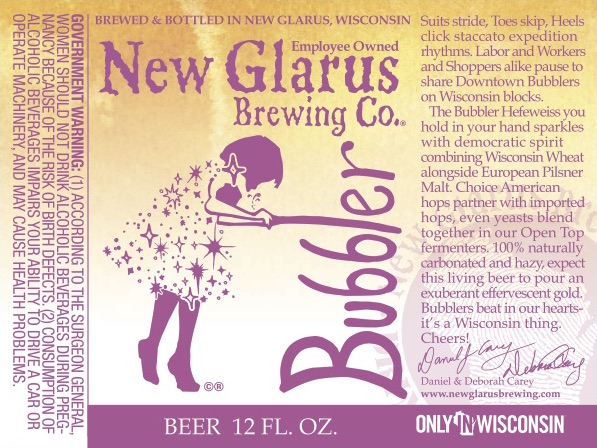 Brewery hours are from 10 a.m. to 5 p.m. Monday through Saturday, and Noon to 5 p.m. on Sundays. The brewery offers free self-guided tours.

Employee Owned since 2015, New Glarus Brewing Company was created in 1993 by Daniel and Deborah Carey, who combined their considerable talents of brewing great beer and business management skills to build a state of the art award winning brewery that still honors the history and traditions of the Village of New Glarus. Dan and Deb Carey have worked hard to maintain their philosophy based on individuality, cooperation and the employment of 100% natural ingredients to produce world-class handcrafted beers for our friends Only in Wisconsin.