New Glarus Announces The Return of Smoke on the Porter

(New Glarus,WI) – New Glarus Brewing Company is proud to announce the return of “Smoke on the Porter” one of its most requested Thumbprint brews. 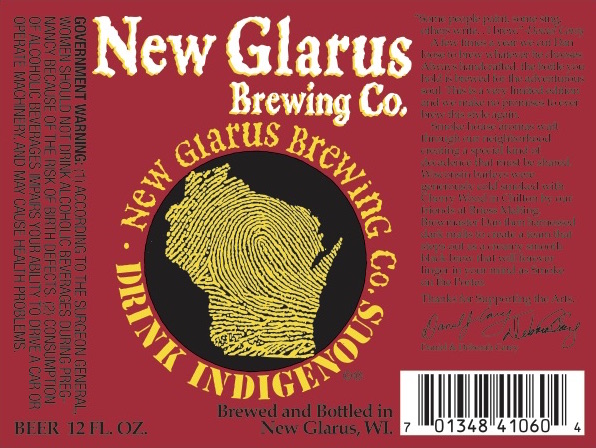 “Smoke on the Porter” brings to mind smoke house aromas wafting through the neighborhood, creating a special kind of decadence that must be shared. Diploma Master Brewer Daniel Carey has taken Wisconsin barleys that were generously cold smoked with Cherry Wood in Chilton by Briess Malting. Then Carey harnessed dark malts to create a team that steps out as a creamy smooth black brew.

Employee Owned since 2015, New Glarus Brewing Company was created in 1993 by Daniel and Deborah Carey, who combined their considerable talents of brewing great beer and business management skills to build a state of the art award winning brewery that still honors the history and traditions of the Village of New Glarus. Dan and Deb Carey have worked hard to maintain their philosophy based on individuality, cooperation and the employment of 100% natural ingredients to produce world-class handcrafted beers for our friends “Only in Wisconsin”.