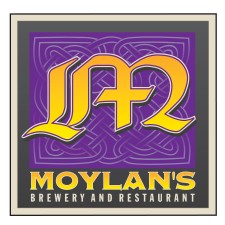 Just in time for IPA Day, Moylan’s Brewery announced today their newest release – the Therapy Session IPA. New Brewmaster, Derek Smith, was looking to create the perfect IPA for those who want their hops fix but don’t need the high alcohol content that usually comes with it. The Therapy Session IPA has a 4.5% ABV but all the hoppy flavor and kick of your more potent IPAs. The Therapy Session IPA uses a blend of Galaxy, Centennial, and Simcoe hops along with Araomatic, Caravienne, and Munich malts.

Brewmaster Derek Smith commented, “The Therapy Session IPA is perfect for the hotter days of summer. The lower ABV allows you to enjoy a couple of pints on a hot day without the fear of falling off your barstool. Late kettle additions of Galaxy and Centennial hops provide plenty of fruity overtones in the beer, most notably: peach, mango, and orange. It makes for a wonderful IPA and a great beer to enjoy on IPA Day.”

Marin Brewing Company is also celebrating IPA Day in style. Marin Brewing Company favorites like Marin IPA and Three Flowers IPA will be on tap at the local-favorite brewery and restaurant, but Brewmaster Arne Johnson is marking the occasion with a twist to his classic Marin IPA by adding a new flavor addition of Simcoe hops and 30% less Crystal malt for a more hop-forward kick.

About Moylan’s Brewery
Founded in 1995, Moylan’s Brewery is a premiere craft brewery and restaurant located in the heart of Novato, California. Moylan’s has won global recognition for outstanding artisan beers including multiple medals from: The Great American Beer Festival, The California State Fair and The World Beer Cup. To learn more about Moylan’s award-winning family of beers and our passion for outstanding craft brewing, visit www.moylans.com – @MoylansBrewery – facebook