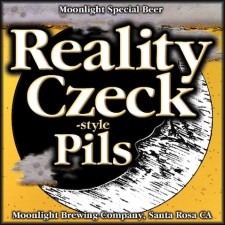 In a Twist of Fate, Moonlight Brewing has announced plans to open a new tap room in Santa Rosa on Coffey Lane by the end of summer. This is very exciting news as fans of Moonlight have long awaited the opportunity to take their favorite beers on-the-go. Known for beers like Death & Taxes, Lunatic Lager and Reality Czeck, the brewery was founded in 1992 by Brian Hunt and currently has capacity to produce 1,000 barrels per year (although the new location is planned to have a few new tanks which will increase capacity), most of which is distributed in kegs to San Francisco, the East Bay and the North Bay counties.

Moonlight Brewing owner, brewmaster, quality-control engineer, delivery man and part-time philosopher Brian Hunt doesn’t make beer for money. He’s been asked several times in the 20-year history of the Santa Rosa brewery why he never signed a distribution deal. “I just don’t care,” he says nonchalantly. “I’m not in this to make a big pile of money. I do this because I love beer.”