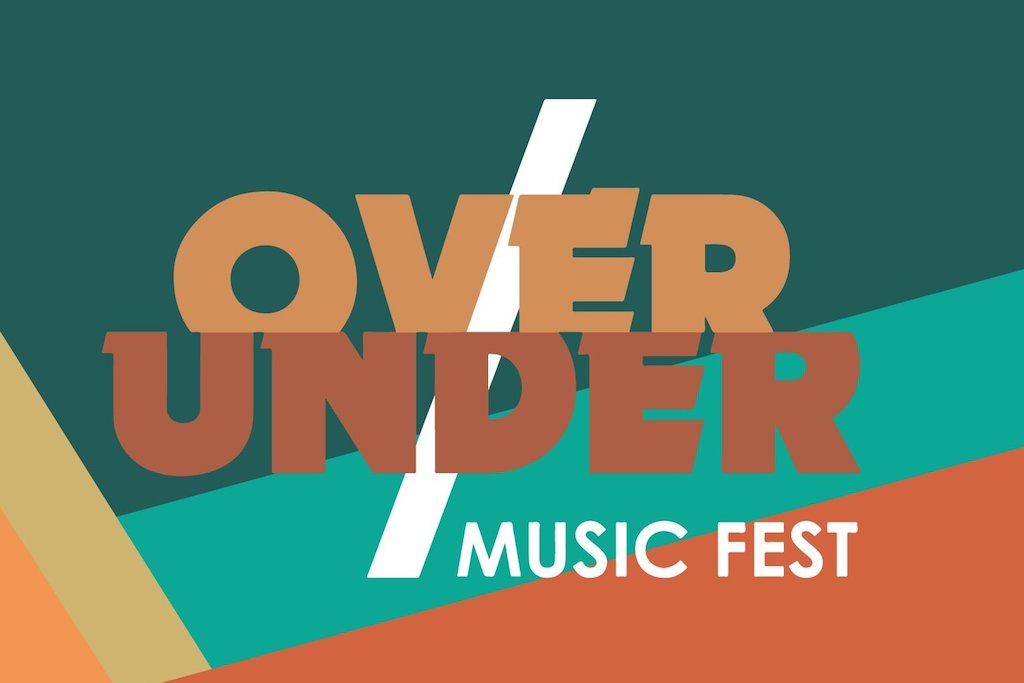 (ATLANTA, GA) — Monday Night Brewing makes its first foray into the music festival sphere with Over/Under Music Fest on November 23 at Monday Night Garage. Attendees can expect an eclectic range of artists, including Tennis, Win Butler (of Arcade Fire) and of Montreal, alongside a slew of local favorites such as Kebbi Williams & the Wolfpack and Neighbor Lady. Over/Under runs from 5pm-1am, and  features two indoor stages. This is an 18+ event.

After producing a handful of large-scale events throughout the years, MNB saw a unique opportunity to create a music festival that supports their mission—to deepen human relationships over some of the best beer in the country. To make Over/Under happen, they teamed up with with Zero Mile Presents (booking managers for Variety Playhouse, Terminal West, and Georgia Theatre). 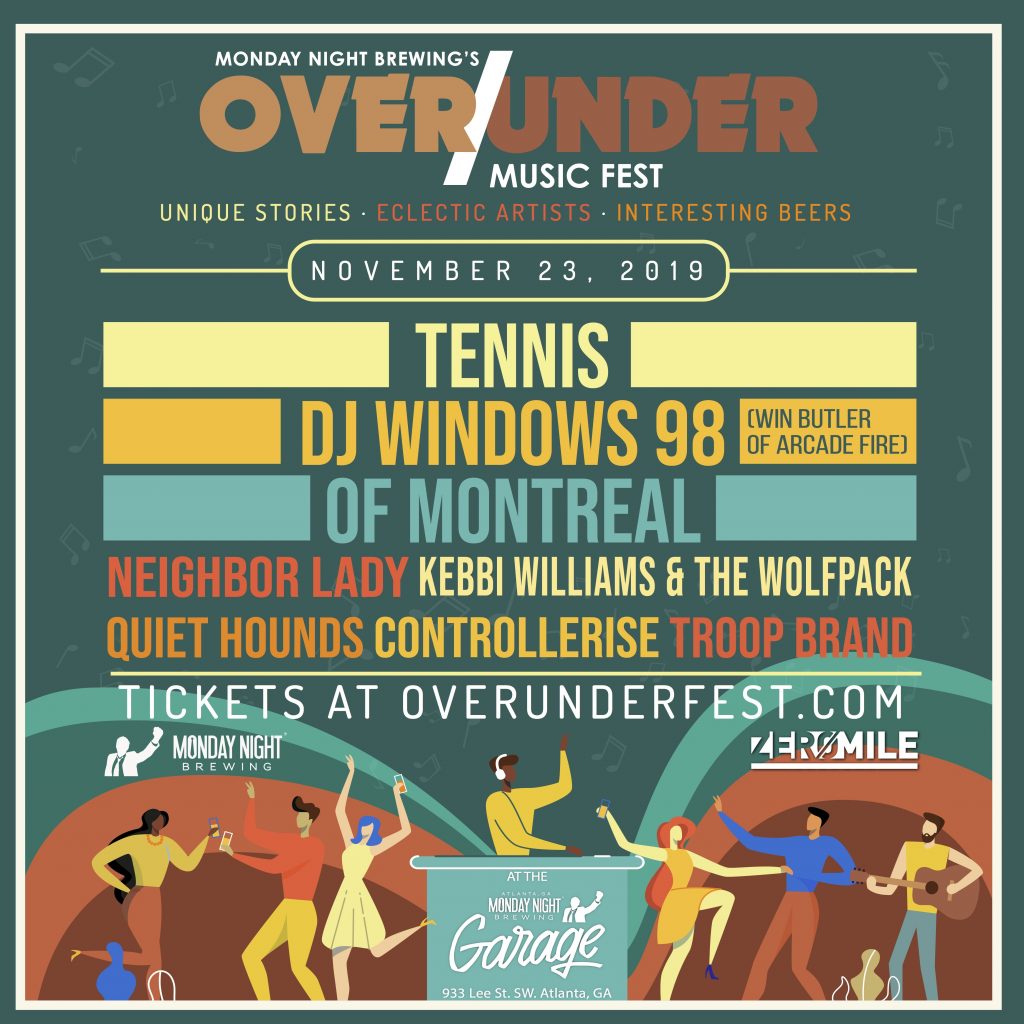 But Over/Under isn’t all about the music. In addition to celebrating eclectic artists, this festtells a larger story—one that highlights the work of local organizations—in a uniquelyinteractive fashion. Between sets, groups will showcase their craft through collaborative and engaging demonstrations. For instance, the Furniture Bank of Metro Atlanta may just test the building skills of those in the crowd.

Plus, with Monday Night as the host, there has to be a unique beer. The brewers collaborated with of Montreal to create of Monday Night – a mixed culture sour with apricots and peaches. This 6% ABV ale will be on tap at the festival, with limited bottles available to go.

Utilizing the Monday Night Garage as the festival venue will provide for a wholly unique experience— including musical sets against a backdrop of thousands of beers aging in barrels. Just outside, guests will find a greenspace delightfully in contrast with the festival vibe inside,  where they can decompress, converse, and relax between sets.

“A lot of festivals cram so many elements into one—our approach was really to simplify: focus on incredible beers, featuring one-of-a-kind acts, and creating an environment that allows you to step back and engage the people around you…over something you heard or something you tasted,” said Kayla Rumpfeldt, Monday Night’s Marketing Director.

Tickets to the festival can be purchased at overunderfest.com for $40 in advance or $45 day-of-show. A limited amount of VIP tickets are available for $85, and include four beer tickets, early festival entry beginning at 3pm, first access to 25+ unique beers, a VIP viewing area, VIP bar access, and a limited edition Over/Under glass.

Based in Atlanta, Georgia, Monday Night Brewing grew out of a Bible study. Founded by Jonathan Baker, Joel Iverson and Jeff Heck, Monday Night Brewing exists to deepen human relationships over some of the best beer in the country. Brewmaster Peter Kiley oversees barrel-aging and souring at  the Garage, in Atlanta’s Lee + White project on the southwest side of Atlanta.