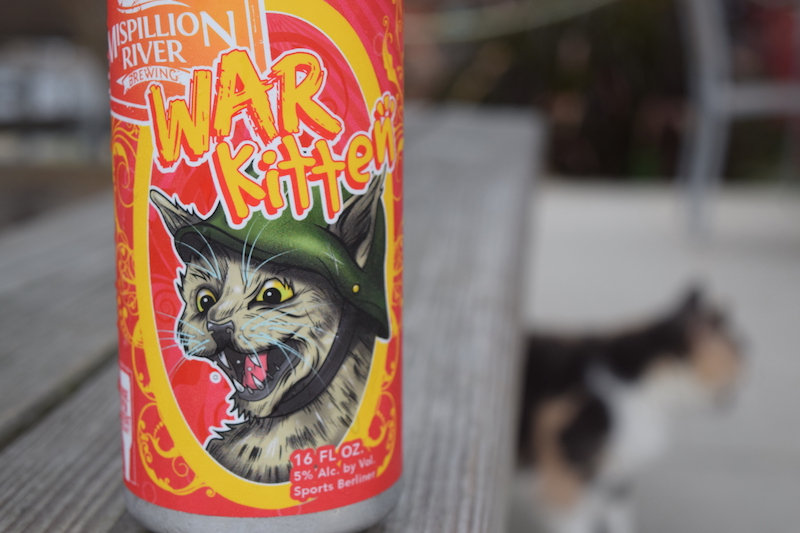 Brewer Ryan Maloney first conceived of brewing a beer with electrolytes when he found himself mixing his daily sports drink with one of the brewery’s Berliner Weisses. He quickly realized that he could save himself the trouble of mixing the exact proportions of beer and sports drink by creating a combination of the two right out of the gate.

Over the past few months, Maloney has experimented with many different flavored sports drinks, before deciding on a slightly grapey one. His final iteration, War Kitten, is a 5% ABV SportsBerliner brewed with the highest quality electrolytes and lactobacillus. It will be available in 16-ounce cans this Saturday.

This beer is El Presidente approved and Eric Williams stated, “Not only is War Kitten brewed with what plants crave, it also tastes tart and refreshing.”

War Kitten, in addition to ZJ, and Imperial IPA, will be released on Saturday at 12pm at Mispillion River Brewing. The brewery is located at 255 Mullet Run St. Milford, DE.

Mispillion River Brewing aims to be recognized by its customers and the brewing industry for producing the highest quality craft beer. The brewery, located at 255 Mullett Run Street Milford, DE 19963, is open for samples, pints, and growler fills seven days a week. For more information, visit mispillionriverbrewing.com