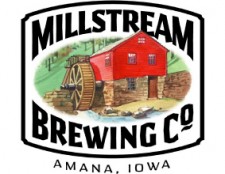 We are excited to have released our Brewmaster’s Extreme Series Beers.  Our Extreme beers will have an alcohol content of 8% – 10% ABV and a new beer will be released every 3 months.  We had so many people ask “What’s new, what are you coming out with next, what are you doing about the high alcohol beers?”  So you asked and we brewed!  Right now we have a Double IPA out on the shelves for those of you who haven’t found it yet.  In a couple of weeks we will be bottling the Sun “Ryes” Helles Doppelbock.  A Big Honey Hefe, Dunkel Rye, Great Pumpkin Ale and Weizen Bock are possibly in the future for the rest of this year.  We may make these beers again, but who knows, we may never make them again so you better get a 4 pack while they are out!