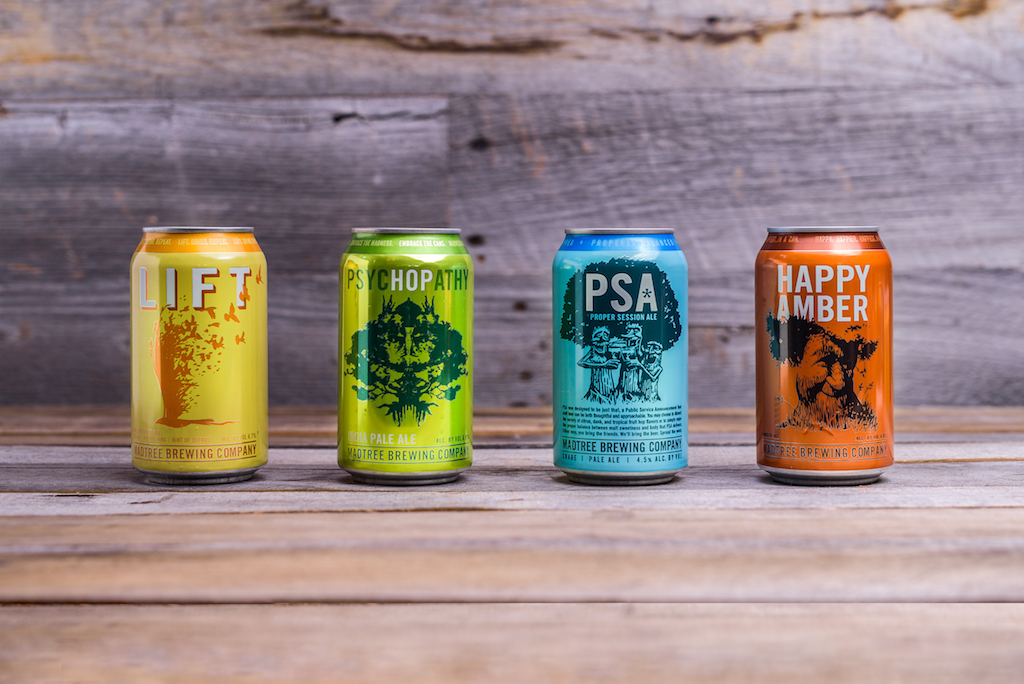 “Ajax Turner was an easy choice for us as we align on all the same goals of bringing great beer to and supporting the community of middle Tennessee,” says Co-Founder Brady Duncan. “We are really looking forward to hanging out and having a beer with Nashville.”

“We are really excited to have MadTree Brewing Company join the craft beer portfolio. The brewery’s focus on quality beer and community is what caught our attention,” said Kyle Lawing, Ajax Turner Craft & Import Beer manager. “The MadTree name is already familiar to many in the area and people have been asking for it for a long time. We are proud to finally be able to bring MadTree to the area.”

MadTree is well-regarded for their broad portfolio of beers, strict quality standards, and support for the community. MadTree is founded and continues to grow on the notion that beer builds community builds and community builds beer. They believe in supporting local vendors, philanthropic endeavors, and other ways to make a meaningful impact in the communities they serve.

Founded in 2013, MadTree is a product of the people and the first craft beer in Ohio to be canned. When it comes to brewing, they have carved their own path. They mix. They mash. They methodically bring quality beer to life, and have fun doing it. Demand from the growing community keeps MadTree motivated and moving. In return, they make nothing but the best beer and opened their new production brewery and taproom in February 2017. They are founded and continue to grow on the notion that beer builds community and community builds beer.

Ajax Turner Company, Inc. distributes beer, wine, spirits and non-alcoholic beverages throughout the Middle Tennessee area. The family owned and operated company started in 1961 representing Anheuser-Busch and HeinekenUSA. Today, Ajax Turner Company represents beer, wine, and spirit companies from across the country and around the world.