(Woburn, MA) – Massachusetts based, Lord Hobo Brewing Company’s (LHBCo) beers will hit shelves next week, newly outfitted in full-wrap cartons. The addition of a Krones Inc. rotary canning line earlier this year has given the brewery an opportunity to improve their packaging with wraps that allow for greater billboard space and highlight their iconic black and gold logo-type graphics. 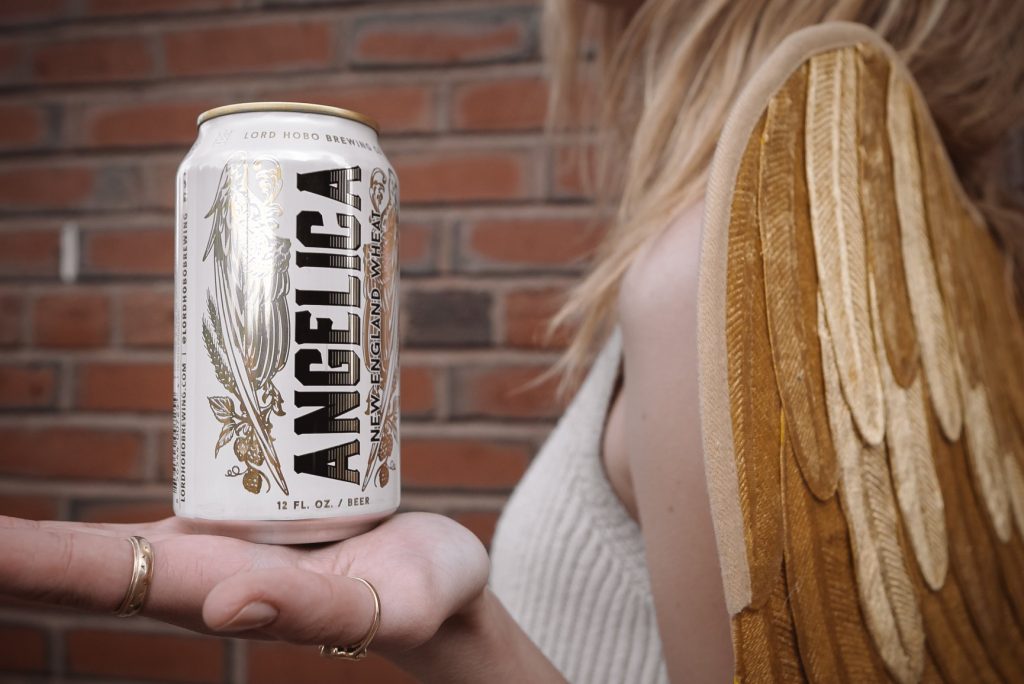 This week, the brewery will also release Angelica New England Wheat Beer. Angelica will accompany Boomsauce, Glorious, and Hobo Life as a year-round offering. “Angelica is our first new beer release in over a year.” says Daniel Lanigan, CEO and Founder of Lord Hobo Brewing Co. “We’ve been working hard at building our brand and business around a small core of offerings in order to better assess what products to add. With a growing, raving fan base comes a demand for a wide variety of products, and we’re extremely excited to be adding a wheat beer to the mix.”

While “New England-Style” is commonly assigned to IPA’s, LHBCo set out to incorporate the beloved New England beer characteristics in a wheat beer. By utilizing brewing techniques and ingredients used in “New England-Style” or “Hazy IPAs,” the brewery believes it was able to find the right marriage between the sought-after haze and juice-like qualities and the more traditional characteristics of wheat beer. The result is a highly quaffable beer that showcases the bready, tangy, and elegant sweetness of a wheat beer with the juicy, tropical fruit characteristics attributed from the highly acclaimed Mosaic hop varietal.

The recipe development for the brewery’s New England Wheat was a year in the making, with LHBCo undergoing numerous R&D iterations. Lanigan notes, “Finding the perfect wheat and malt bill to italicize an elegant, fruit-forward hop varietal was an exciting challenge. Angelica, which comes in at 5.5 percent ABV, is a modern wheat beer developed for a wide-range of craft beer drinkers and beyond. Like her namesake, the beer is fucking beautiful!”

“We’ve been off to a strong start this year,” comments Lanigan. “We’re currently up 60% over this same time period last year. Aside from growth, we’re excited for the new packaging and products to stir up conversations and celebrations with our awesome fans. In a way, it feels like 2018 is just getting started.”

About Lord Hobo Brewing Company– Founded in 2015, Lord Hobo Brewing Co. produces distinguished craft beers that are accessible to all. Located in Woburn, Massachusetts, LHBCo crafts style-defining New England-Style beers and pairs them with a brand that’s carefree, bold and adventurous. Their near 30,000 bbl brewery is ever-expanding to accommodate demand from their thirsty loyal following and savvy beer consumers alike. Stay connected on social media @lordhobobrewing, or for more information visit www.lordhobobrewing.com