(LONE TREE, CO) — It’s alive! The 2018 batch of Lone Tree Brewing Company’s award-winning Hop Zombie Imperial Red IPA will be available at the brewery tasting room on Saturday, September 29 at 11am. In past years, this event has seen a line out the door and limited bombers of the beer always sell out. 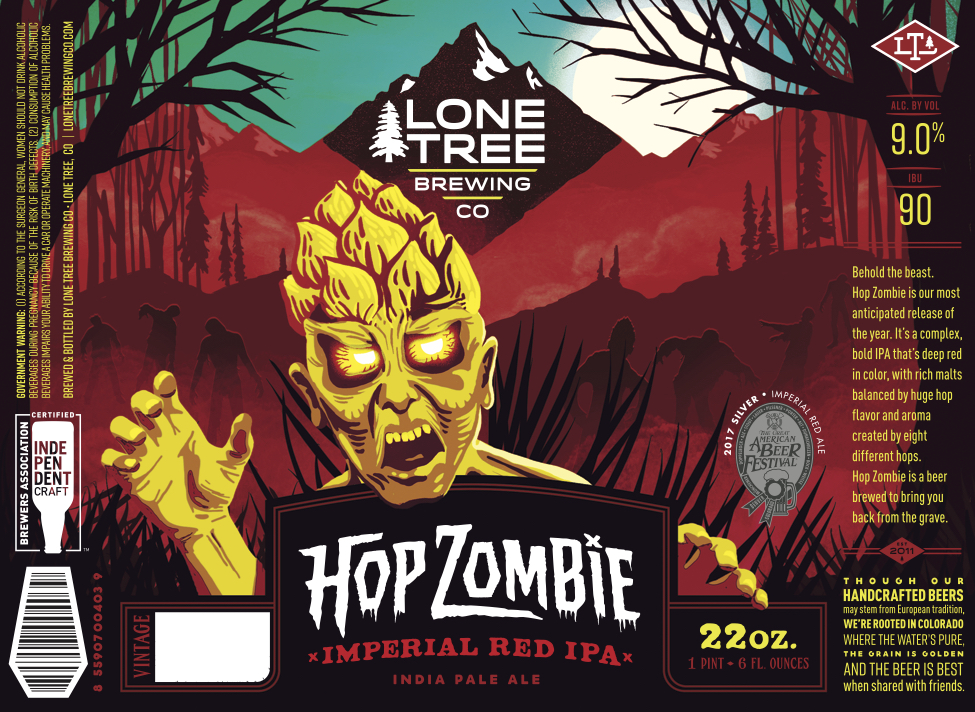 Last year Hop Zombie received a silver medal at the 2017 Great American Beer Festival® in the Imperial Red Ale category. This year’s batch has refreshed label artwork that matches specialty glassware and Hop Zombie t-shirts that will be available for sale during Hop Zombie Day.

WHEN: Saturday, September 29 at 11am while supplies last

Lone Tree Brewing Company was the first brewery in Lone Tree, Colorado that opened near Park Meadows Mall in 2011. The neighborhood-focused, family-friendly brewery and tasting room regularly hosts community events that gather around a stylistically diverse lineup of flagship, seasonal, and limited release beers. Lone Tree’s cans and 22-ounce bombers are sold across the state of Colorado, and in select locations in Kansas. Lone Tree’s draft beer is poured at many bars and restaurants in its distribution footprint as well. Find the brewery online at lonetreebrewingco.com.