(Portland, OR) -Little Beast Brewing announced today the upcoming release of Wild Island Hazy Brett Double IPA and a wildcrafted mixed-culture ale called Rhūs Jūs. Both beers will be released at the Little Beast Beer Garden in Southeast Portland on March 6th at 5pm in limited package and draft. 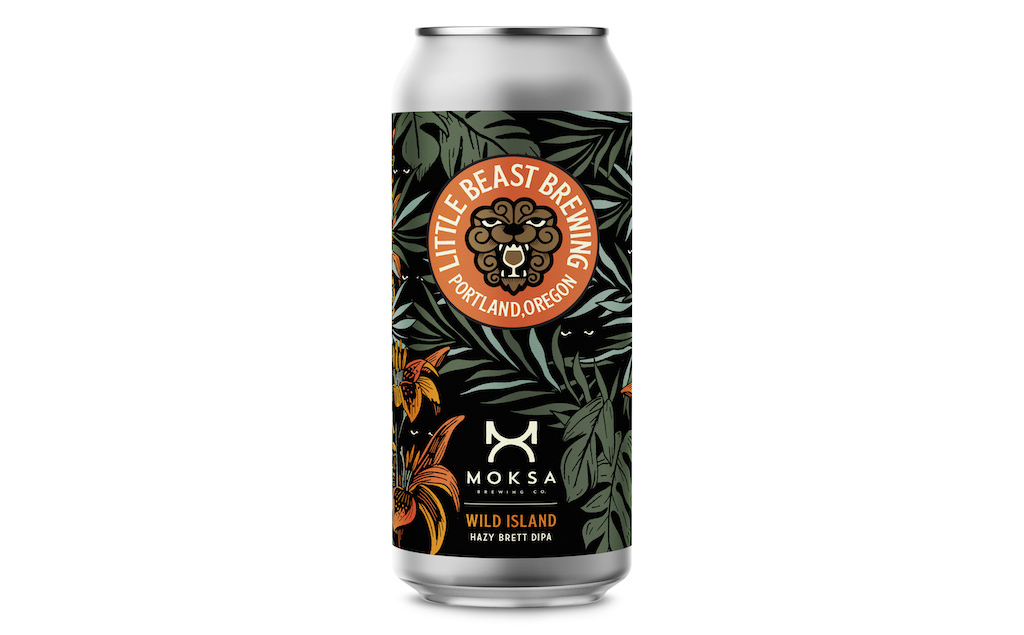 Wild Island represents both Little Beast’s first Hazy IPA beer release, as well as the brewery’s first canned offering. The beer is a collaboration with Moksa Brewing from Rocklin, California. Moksa co-founder and brewer Cory Meyer came to Portland to help Little Beast brew the beer, which ended up tapping out at 6.5 pounds of hops per barrel and 8.9% ABV.

“We wanted to make a true collaboration beer so we asked each other ‘What do you do best?’ I love Moksa’s Hazy IPAs, and we had never made one so we decided the time was right,” said Charles Porter, brewmaster and co-founder at Little Beast. “We’re known for using Brettanomyces, so we decided to ferment the beer with Brett knowing that this process is in stark contrast to how beers of this style are made.”

The beer was brewed without bittering hops, was kettle hopped with Citra, and dry hopped with Simcoe, and Pacific Gem hops for the juicy character that the hazy style is well known for. While this style is normally fermented with an ale yeast that produces fruity esters and ferments in less than two weeks, Little Beast and Moksa chose Brettanomyces claussenii and a proprietary Brett strain that dried out the beer during its three-month-long fermentation. These strains were chosen to complement the tropical guava and pineapple hop profile.

Little Beast will release Wild Island in 16 oz 4-pack cans and on draft at the Little Beast Beer Garden on March 6th. The beer will also receive very limited distribution throughout Little Beast’s network. Only 90 cases of the beer will be packaged in cans and the beer is expected to sell out quickly.

Little Beast is also set to release Rhūs Jūs on draft and in limited 375 mL bottles on March 6th at their pub. Rhūs Jūs is a place-based, mixed-culture sour ale, fermented with Saccharomyces and Lactobacillus, that was racked onto the brilliantly red cones of foraged staghorn sumac, elderflower and elderberries.

The sumac was collected from the Hood River and Tualatin river valleys. Sumac has been used for centuries to create a beverage with a lemony citrus quality. Elderflower handpicked from a secret spot near Mount Hood gives the beer a soft floral bouquet while elderberries give the beer a soft rose hue. After developing for 9 months the beer showcases notes of honeysuckle, tart apple, and lemon. In the bottle, the beer will continue to develop and change over the course of the next three years.