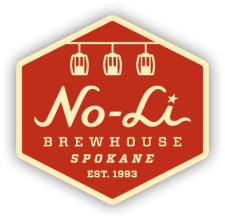 Spokane, WA – No-Li Brewhouse celebrates the 40th Anniversary of Spokane hosting the 1974 World’s Fair Expo this year, and the enduring legacy of good it created locally, in the Pacific Northwest, and across America, with their Expo ’74 Summer Wheat.

“Spokane was at the epicenter of the nation’s pride, on the world’s stage, in the summer of ’74. Commemorating the 40th Anniversary of Expo ’74 symbolizes our community’s passion for greatness,” says co-owner John Bryant.

Spokane’s Mayor, David Condon, stopped by during the brew to tour the brewery and help out on the brew deck. Mayor Condon has been a big supporter for the positive cultural and economic impact that the local craft beer industry is adding to the Spokane and Pacific Northwest economies.

In addition to the Mayor, Visit Spokane and the City of Spokane Parks and Recreation Department play an integral role commemorating the 40th Anniversary of the Expo, and what that means to Spokane.

Visit Spokane’s Chief Marketing Officer, Jeanna Hofmeister commented: “Expo ’74 was the grand vision of a brave few who believed in the potential of Spokane. It literally laid the foundation we’ve continued to build on, transforming our community into the savvy, vibrant, dynamic destination it is today. The legacy of the world’s fair continues to inspire Spokane and our community leaders to always think big, bigger, biggest.”

The Spokane World’s Fair brought about a renaissance in the city’s infrastructure, and newfound beauty to Riverfront Park.

“We want to honor the legends who worked boldly and creatively to leave such a beautiful park for us. At the meantime, we are following their legacy to reinvigorate Riverfront Park for the next 40 years by designing it to be a community-gathering place, where people can enjoy nature and activities in the center of our downtown,” comments Sam Song, the Parks and Recreation Department’s Acting Riverfront Park Director.

The result of Expo ’74 was Spokane’s rebirth as a modern city. Local’s pride of where they’re from has spread to the area’s burgeoning craft beer scene.

The beer will be available around the Pacific Northwest on draft only from June through September.