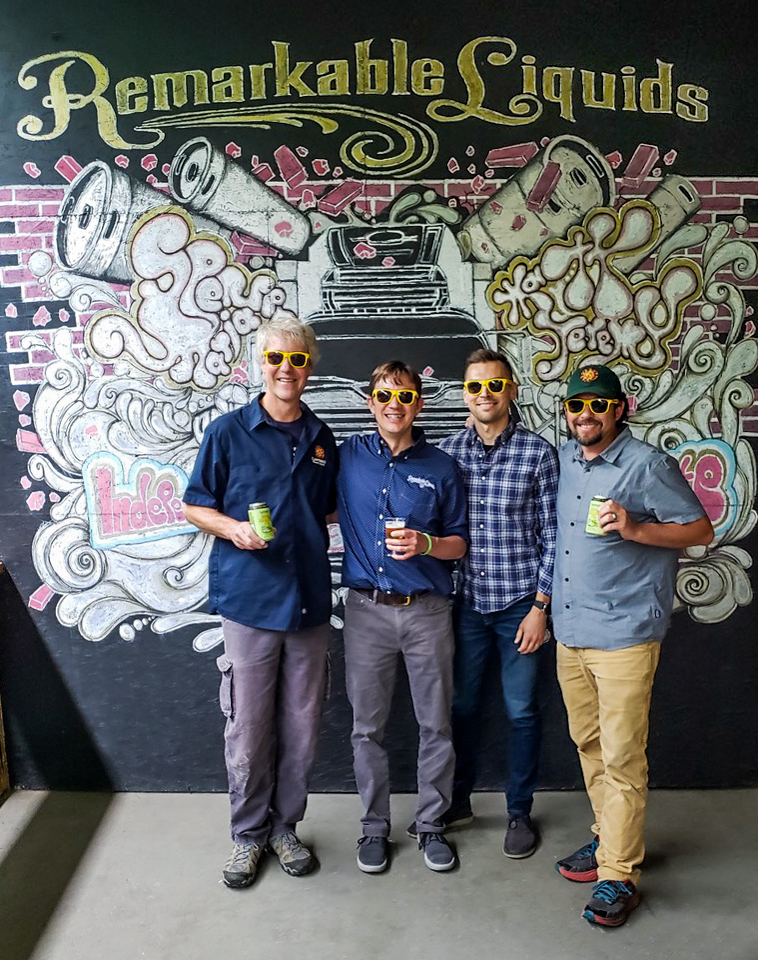 “We are thrilled to launch distribution of Lawson’s Finest in New Jersey, where we’ve received countless requests for our beer. The team at Remarkable Liquids shares our commitment to proper handling of the highest quality beer to ensure customers receive it exactly the way the brewery intends – cold and fresh – consistently delivering the experience that discerning craft beer drinkers seek,” said Sean Lawson, founding brewer, Lawson’s Finest. “I was born in Red Bank, N.J., and as a Jersey boy originally, it has been a longstanding goal of mine to satiate the thirst of the Garden State,” continued Lawson.

“Lawson’s Finest products have always been in high demand; these guys work tirelessly to create some amazing beers and it truly shows in the quality of their brews,” said Spencer Noakes, co-founder and general manager, Remarkable Liquids. “Sip of Sunshine and Super Session are household names in the craft community, the only thing holding most back from enjoying them is accessibility, and we’re excited to be the ones closing the loop and getting these amazing products into the hands of those who will enjoy them the most.”

New Jersey craft beer fans can expect regular deliveries of cans and draft beer of both Sip of Sunshine IPA and the Super Session IPA series, a quaffable brew loaded with hops, designed to be light and refreshing with lower alcohol and calories (4.8 percent ABV, 140 calories), yet having the full hop character of an IPA. Be on the lookout for Super Session #7 in late July, the newest rendition brewed with Idaho 7 hops. In addition, fans can expect limited releases every other month of Lawson’s Finest specialty beers from Vermont, with Scrag Mountain Pilsner in July, Hopzilla Double IPA in September, and Fayston Maple Imperial Stout in November.

Lawson’s Finest has long been a staple of the craft beer industry, with the flagship Sip of Sunshine IPA being one of the most sought-after beers in the Northeast, and their unique maple brews winning multiple medals at the World Beer Cup and Great American Beer Festival. Today, they split brewing operations between their 34-barrel Waitsfield location and Two Roads Brewing Company in Stratford, Connecticut, where their flagship “Sip of Sunshine IPA” and “Super Session” series are brewed at a larger scale to meet the incredibly high demand. In late 2018, Lawson’s Finest opened their new destination brewery in Waitsfield, VT, offering a world-class experience where fans can enjoy a wide array of brews on tap. The taproom features a soaring timber-frame space, with a selection of local artisanal foods in a family-friendly setting, kids games, a beer garden, and adjacent walking trails. Their retail store offers a full selection of beers and branded merchandise to go.

About Lawson’s Finest: Lawson’s Finest was founded in 2008 by Sean and Karen Lawson with a highly acclaimed, small batch artisanal brewery located in Warren, Vermont and in 2014 added an alternating proprietorship in Stratford, CT, where the flagship Sip of Sunshine IPA and Super Session beers are brewed. Lawson’s Finest mission is to produce beer of the highest quality with outstanding freshness, featuring world-class IPA’s and unique maple brews, while emulating the best of widely appreciated styles. lawsonsfinest.com – facebook – twitter – instagram