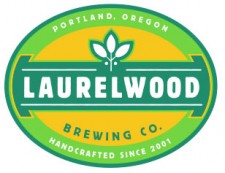 “As a brewery we obviously rely on the outstanding quality of Oregon water along with all our other ingredients. We believe that the Bonneville Environmental Foundation provides the most direct and effective program to put water back in local de-­‐watered rivers and streams” explains Chad Kennedy, Laurelwood’s Brewmaster.

Laurelwood’s purchase will result in one million gallons of water restored to the Deschutes River in Central Oregon– a popular destination for fisherman, rafters and other outdoor enthusiasts -­‐ during the next three years. BEF is collaborating with the Deschutes River Conservancy, the organization that facilitates negotiations with local water rights holders and manages stream flow restoration projects in the Deschutes basin. The State of Oregon assures compliance.

BEF launched the WRC program in August 2009. The program provides economic incentives for water rights holders who historically have had to adhere to a policies that foster a “use it or lose it” model for water use. BEF, in partnership with water trust organizations, provides payment to water rights holders that allows them to use their water to restore flow in critically and chronically de-­‐watered streams. Each WRC represents 1,000 gallons of water restored to these streams. Standards and criteria for the program have been certified by the National Fish and Wildlife Foundation to ensure water is returned in ways that provide the greatest environmental benefit to rivers, streams, and fish and wildlife populations.

“Whether it’s sourcing Organic ingredients for our beer, buying local produce for our kitchens or sending food waste to the compost pile and not the municipal dump, our company is committed to helping make a positive difference in the communities in which we do business,” says Mike DeKalb, Founder and Owner of Laurelwood Brewing Co.

“We are thrilled to be working with Laurelwood,” notes Rob Harmon, BEF’s Chief Innovation Officer. “Their support for a new standard of water stewardship demonstrates their deep commitment to the communities and culture of the Pacific Northwest.”

About BEF
An entrepreneurial nonprofit, Bonneville Environmental Foundation (BEF) is creating a more sustainable future by investing now in clean energy and fresh water. Customers who buy independently certified BEF Carbon Offsets and Renewable Energy Certificates support the reduction of greenhouse gas emissions and the development of new renewable energy facilities, while customers who buy BEF’s Water Restoration CertificatesTM support the return of water to critically dewatered streams and rivers. All BEF customers and donors support long-­‐term watershed restoration and renewable energy education for students and communities nationwide because BEF reinvests its net revenues to fund its Model Watershed and Solar 4R Schools programs. Since it was established in Portland, Ore. in 1998, BEF has been a pioneer in helping people and companies become better stewards of the environment. Learn more at www.b-­‐e-­‐f.org.

About Laurelwood Brewing Company
Laurelwood is a family owned brewery that creates one of the most recognized regional products of craft beer! Dedicated to sustainable and organic practices, Laurelwood first began producing certified organic beer in 2002. Laurelwood’s craft beer is recognized for its creativity and quality and the company has won many national and international awards. The company’s handcrafted beer can be found on draft and in bottles throughout Oregon and Washington. You can find out more about Laurelwood Brewing Company online at www.laurelwoodbrewpub.com.