(Dallas, TX) –  In the summer of 2017, Lakewood Brewing was invited to participate in an exciting collaboration with the most iconic whiskey brand in America – Jack Daniel’s. With the help of their barrel master, they selected and hand-delivered a truck load of barrels straight from Lynchburg, Tennessee right to LBC’s doorstep. 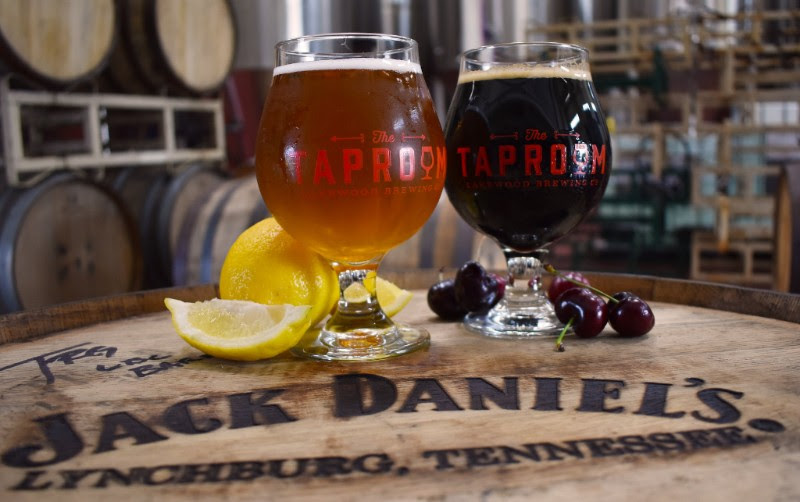 “We experimented and came up with 2 beers: Jack’d Up Lemonale and Tennessee Temptress, paying homage to JD cocktail favorites Lynchburg Lemonade and Jack & Cola,” stated Wim Bens, owner of Lakewood Brewing. “We wanted to create two amazing and unique beers for this project, so we took our flagship Temptress and put a new twist on it and built Lemonale from the ground up.”

Jack’d Up Lemonale is brewed with a light wheat ale base and kettle-soured to give it a slightly tart quality. Citra and Lemondrop hops, this brew is aged for 6 months then 120 pounds of freshly-squeezed Meyer lemons are added to enhance this refreshing take on a Southern
favorite.

Tennessee Temptress is brewed with a base of LBC’s popular Temptress imperial milk stout, aged for six months then refermented on over 500 pounds of sweet cherry puree to bring out a sweetness and round out the edges. With the vanilla from the barrels and that trademark Jack Daniel’s character, this beer is a great summer treat.

Available on draft only, and very limited, beer lovers are encouraged to stop by the Taproom and enjoy these 2 summer brews. Jack Daniels & Lakewood Brewing will also be hosting a beer dinner at The Libertine bar on Wednesday, June 27th featuring both beer collaborations made in Jack Daniel’s barrels, as well as Jack Daniel’s top shelf whiskeys. Guests will have the opportunity to meet & mingle with LBC owner, Wim Bens and a JD rep during the dinner. More details: facebook.com/LakewoodBrewing.