(Dallas, TX) – Lakewood Brewing Company announces the release of Lakewood IPA to its year round lineup. This easy-drinking American IPA is Lakewood’s first for the style, having brewed a Belgian IPA, Session IPA, and Black IPL over the years. 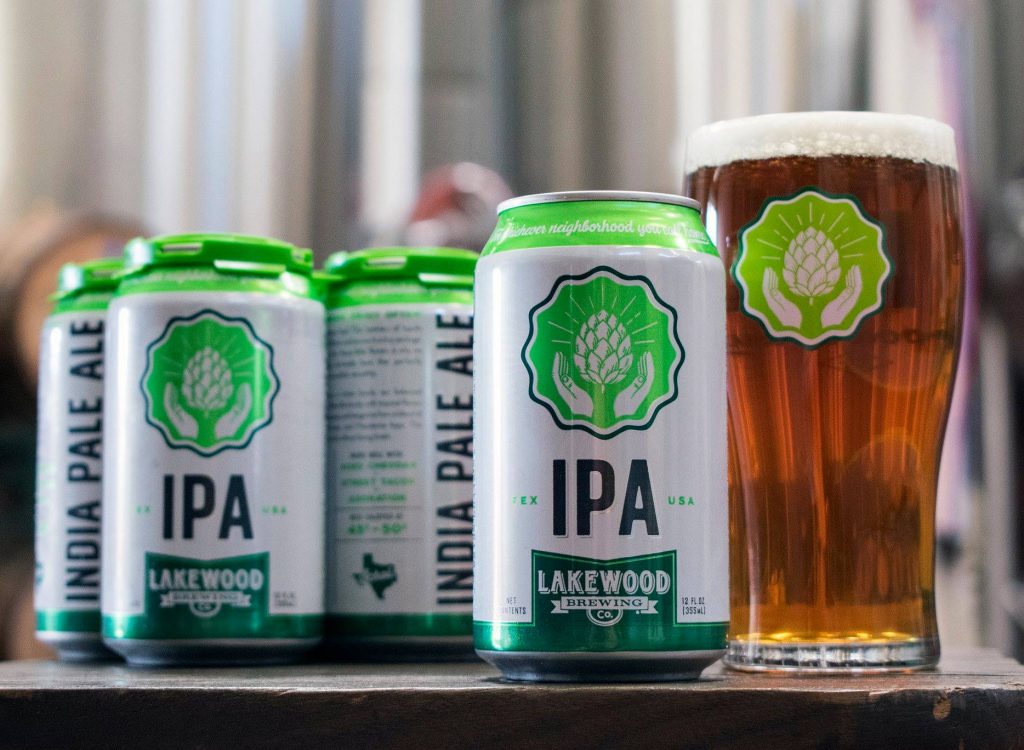 Brewed with Mosaic, Citra, Mandarina, and Bravo hops, this 7% alc/vol, 50 IBU India pale ale
bursts with notes of papaya, tangerine, and grapefruit notes. With a balanced malt bill and a slightly dry finish without an overly-aggressive bitter bite, Lakewood IPA is a great choice for both seasoned “hop heads” and those new to the style.

“We’re excited to finally release an American IPA, a style many fans have been asking for,” stated Wim Bens, Founder & President of Lakewood Brewing Company. “It’s bittersweet (no pun intended) as this beer is replacing our retired IPAs – Hop Trapp and Hopochondria.”

Lakewood Brewing & IPA fans are invited to the ‘official’ Launch Party for Lakewood IPA on Friday, March 9th at Happiest Hour, Dallas’s new patio bar & lounge located just steps from American Airlines Center. Specials for the evening will include happy hour pricing on all LBC beers from 4-8pm, $5 pints of IPA or $7 23oz IPA drafts – plus $5 IPA, Lager & All Call cans, and $20 mix-and-match buckets of LBC cans. Swag and glassware will also be available (while supplies last.)

Wim encourages everyone to come out for the launch party on March 9th, “Pre-party with our crew before the Stars game & meet the folks who brew the suds…or just hang out and watch it with us. Either way, come thirsty.”

Lakewood IPA can be found on taps and store shelves in 6 pack cans around DFW, with other markets to follow where LBC is sold in the coming weeks. A list of launch events across North Texas, including pint nights & tap takeovers, will be announced weekly on LBC’s