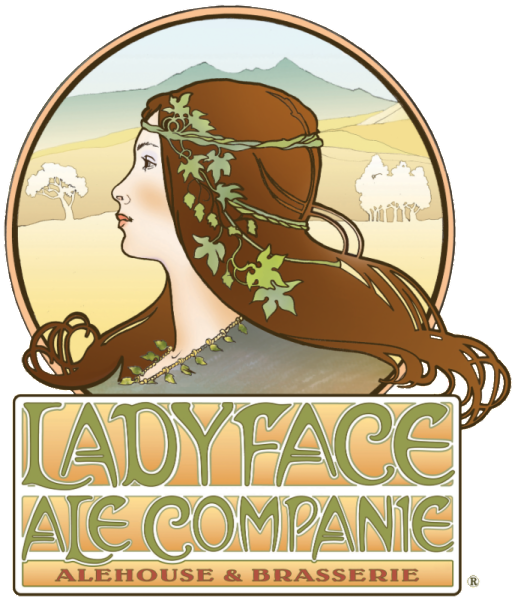 (AGOURA HILLS, CA) – On Wednesday, October 28th, Ladyface Ale Companie was honored by Mayor Illece Buckley Weber at the 4th Annual Agoura Hills State of the City Address and Luncheon as 2015 Business of the Year.

“It didn’t take long for me to choose Ladyface Ale Companie as the 2015 Business of the Year. A woman-owned business, Cyrena Nouzille, along with her husband Jean-Luc and Brewmaster Dave Griffiths are Old Agoura residents who have created a neighborhood bar and brasserie where “everybody knows your name.” Not only do they brew different and delicious craft beers, Ladyface has an enticing menu with something for everyone. Ladyface has the most beautiful patio in the area, overlooking Ladyface Mountain, with live music on many a night. With all that said, it’s Ladyface’s value of giving back to our community that speaks loudest to my heart.”

“We are humbled to be recognized by the City of Agoura Hills for the dedication Ladyface has for giving back to the community that sustains us,” said Cyrena Nouzille, owner of Ladyface Ale Companie. “Community support on allows us to offer philanthropic involvement with many charities, both local and internationally-based. It’s an honor to be awarded for that very endeavor.” The Conejo Valley’s first brewery, Ladyface Ale Companie will be celebrating its sixth year in business serving great food and artisanal craft beer made at its location on Agoura Road. Last year, California Senator Fran Pavely awarded Ladyface as the 27th District’s Small Business of the Year.

At the luncheon ceremony, the Mayor was presented with a donation from the Ladyface sales of Reyes Adobe Imperial Red ale, brewed and released each year for the City’s fall festival, Reyes Adobe Days, which celebrates the City’s oldest historical landmark, built in 1850. The money will be earmarked to support the docent-led education programs and preservation of the City’s park and historical site.