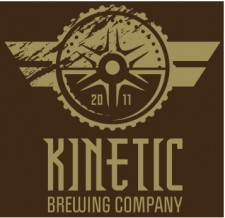 Kinetic Brewing Company’s limited release Double IPA, “Afterburner,” won the Gold Medal today at the Bistro Double IPA festival in Hayward, California. Kinetic’s beer was in good company with 65 beers entered into competition for the top prize. This medal comes on the heels of two medals in the 2013 Great American Beer Festival, and three medals in the 2012 Los Angeles International Beer Competition.

“We are humbled and honored by this award. There are so many world class beers here today; to be chosen for any medal is amazing,” says Steve Kinsey, brewmaster and co-owner of Kinetic.

The festival’s People’s Choice award went to nearby Kern River Brewing’s “Citra IPA.” The two breweries are known to be close friends leading to speculation of a possible collaboration brew between the local medal winners, although nothing has been officially announced.

Kinetic is offering discounted pours of the Gold Medal winning beer for the rest of the weekend at their Lancaster brew pub to celebrate.

Kinetic Brewing Company was opened on the Blvd in Lancaster, CA in 2011 to provide fresh, local beer and international pub food to a community starving for craft beer. The brewpub is located at 735 West Lancaster Blvd, in the heart of downtown.

The Bistro in Hayward, California, started its Double IPA festival in 2000 and it has become the original kickoff to the 600+ events that comprise San Francisco beer week. The Bistro is located at 1001 B Street, Hayward, CA and is proud to call itself a local “Hop” spot.