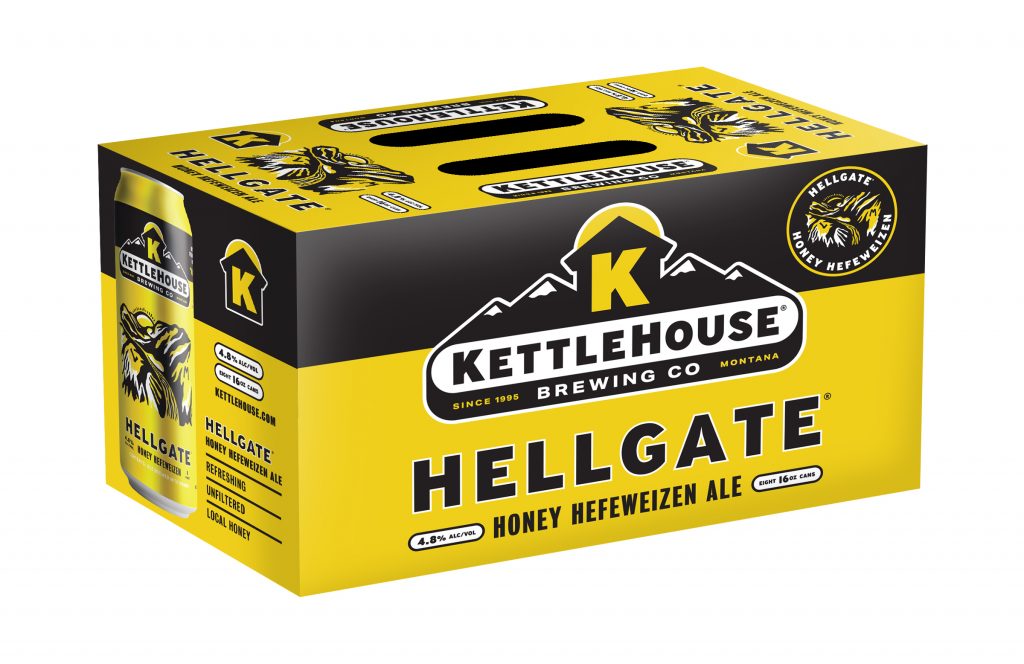 The inaugural release of Hellgate® Honey Hefe is rolling out this week to the Montana markets in 4-packs, 8-packs, and 16 ounce aluminum cans. It is the first of four seasonal offerings slated for 2019.

Hellgate® Honey Hefeweizen is a smooth drinker for those hot summer days. The honey helps boost the alcohol content while also adding a floral bouquet to the nose. Yeast is left in the beer to add body, head retention and stability, as well as a slight haziness. 4.8% abv; 16 IBUs

Hellgate is the name of the canyon that serves as the eastern gateway to Missoula, flanked by Mt. Sentinel and Mt. Jumbo. KettleHouse uses barley that’s grown and malted 165 miles away in central Montana. Arlee Apiaries bees get to make honey in arguably one of the most scenic places in Montana, about 25 miles north of Missoula. KettleHouse has been partnering with Arlee Apiaries for ten years.